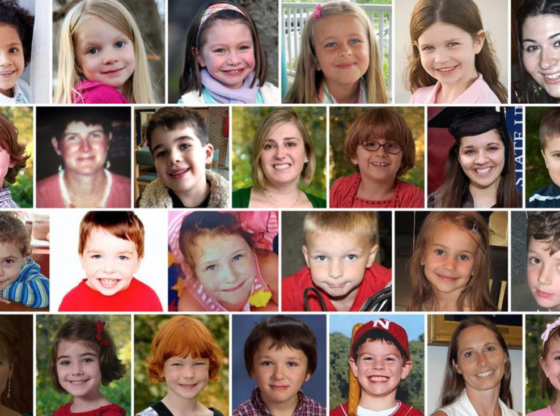 This week marks the six-year anniversary of the tragedy that took place at the Sandy Hook Elementary School in Newtown, Connecticut. It was the news that shook the nation to its core and evoked nationwide mourning. On December 14, 2012, a 20-year-old male shot and killed his mother in their home shortly before making his way into Sandy Hook Elementary School, where he then fatally shot 20 young children and 6 adult faculty members. The children were all either six or seven years old. At the end of his killing spree, he took his own life.

Six years have past since this dark December day, and it’s important to reflect on the progress made since, if any, in terms of how our nation has handled gun violence, and how it’s likely to handle it in the future, given our current path.

Following the Sandy Hook massacre, many assumed we had reached our lowest point in terms of gun violence in this nation. It was one of the most deadly mass shootings in our history, and arguably the most horrific school shootings since Columbine in 1999, commonly viewed as the first in a trend of shootings that followed since. The slaughter of young children would surely guarantee a change in the dangerous trend of mass shootings our society had embarked on, thought many. Even the most devote gun enthusiasts would see the need for restrictions, wouldn’t they?

In the six years since Sandy Hook, we’ve essentially made no progress towards reform to ensure a safer society, which evokes the question of, is there no death toll threshold that will force Congress to acknowledge we have a problem?

The majority of gun legislation passed since the tragedy has happened on the state level, with more than 200 state-level gun laws being passed, many of which involve select states deciding to include new background checks or expand current checks. No legislation has been passed on the federal, thereby national, level.

Nonetheless, legislation happening at the sole will of each individual state is problematic for two big reasons. For one, this results in all-around great disparity, as some states are then stricter than others, giving those looking to purchase an arm incentive to go elsewhere for it, and then bring it back to their home state.

Secondly, and on the same note, this division among the states further fuels the uncompromising nature we have fallen into. If one can withdraw to the “Red” or “Blue” state or city they align with and isolate themselves from those with other opinions, not having to confront the issue and take place in true democratic practice, how democratic are we?

True effective legislation would need to be passed on the federal level in order to confront the pressing issue of gun violence, since it is only on this national level where measures can be unitary. We need to have a higher federal gun safety standard that needs to be met first, and then states should be allowed to impose further regulations from there if necessary.

Moreover, a June 2017 poll from Quinnipiac University found that a majority of Americans support some form of gun control: 94% support requiring background checks for all buyers & 57% believing it is currently too easy to buy a gun. Yet, according to Newsweek, there has been no national gun-control legislation passed since the massacre, with more than a hundred attempts failing to make it through Congress.

Since Sandy Hook, the Gun Violence Archive has reported a gun violence equivalent to nearly one mass shooting a day in the U.S. In fact, 2017 saw some of the worst mass shootings in U.S. history. So why has Congress failed to pass any gun safety measures? It’s not that legislation hasn’t been drafted – The Assault Weapons Ban of 2013 was introduced a month after Sandy Hook, the Terror Gap Bills of 2016, introduced after the Pulse nightclub shooting, & the Automatic Gunfire Prevention Act of 2017 was introduced after the Las Vegas massacre in October of 2017 to ban bump stocks. All of these failed, due to the all-powerful NRA stepping in, essentially showing just how strong their ties to Congress are. If we are going to have a chance to approach this issue at all, the first step would be getting the NRA out of bed with Congress.

According to The Guardian, the NRA’s power & influence goes beyond their monetary contributions, though it must be acknowledged that these contributions are substantial: in 2017, the NRA spent 4.1 million dollars on lobbying. This is no doubt a large amount, but other industries spend much more and don’t have the same influence or recognition. So what is it about the group that makes them all the more influential?

Adam Winkler, professor at UCLA School of Law says beyond the money, the NRA is successful because they are able to tap into the frustrations of a swing voter base, and in mobilizing these people, they are able to move mountains in their favor. Thus, their focus is on getting favorable candidates elected, but also on making sure unfavorable candidates aren’t elected.

While the NRA undoubtedly plays a prominent role in the blocking of stricter gun regulations, and even the passing of favorable legislations for gun advocates, they mustn’t receive the sole blame as the cause of the problem. The American culture is one that prides itself on its individual liberties, and shuns the intervention of most government measures, and thus not able to see when it may be necessary. This would, in short, explain the ability of Britain & Australia to pass stricter gun laws in the face of tragedies, almost immediately after with little to no resistance from the people.

The NRA is ruthless in their quest to get legislation in their favor. Is there no threshold for the NRA, as well, to stop them from blocking basic safety measures that don’t infringe on the right to own guns, but rather, makes sure the wrong people don’t own them, or makes sure they cannot be turned into deadly weapons with the use of separate accessories?

It’s important to note that the criticism of the NRA here is not directed at their ideological beliefs, but rather the methods they take to utterly make sure they get favorbale policy, and in our current eruption of gun violence, this is happening at the expense of people’s lives. Overall, interest groups as a whole need to break their habit of buying their way into Congress, but as the leader of the pack in influence, the NRA could rightly lead the way.

Fortunately, many organizations sprung up in the wake of Sandy Hook, with the goal of preventing another massacre from ever happening again, and they all have their own individual approach.

The Sandy Hook Promise, a non-profit dedicated to providing programs & education that seek to prevent gun violence & victimization before they happen, is one of these groups. They do this through identifying, intervening & getting help for those at risk of hurting themselves or others. They aren’t your typical anti-guns movement, yet they are constantly misperceived as being so.

Several family members who lost loved ones in the tragedy founded the organization, including Nicole Hockley & Mark Barden, both of who lost their sons in the shooting. However, because of the tragic circumstances that led to the formation of this non-profit, it is often assumed that they have an anti-gun purpose. “I know that people have inaccurate misconceptions about the work that Sandy Hook Promise does, until they find out what we do, and then we find almost unilaterally, universally that people are all in,” said Barden.

Another group that formed following Sandy Hook & is widespread throughout the nation today is Moms Demand Action, and there are similar misconceptions around what their goals are as well. Shannon Watts, the founder has stated, “We are not anti-gun, but we are definitely anti-NRA lobbyist.”

Overall, like other heated topics in American discourse, the battle boils down to how much regulation and intervention from the government is necessary. How do we make sure the line of individual liberties, greatly cherished by the American people, isn’t crossed? Where do we draw the line to begin? Is it acceptable to redraw that line to fit the issues of the time?

In many countries, and in our own history, times of emergency have called for liberties to be more suppressed, with the reasoning being the good, or safety, of a nation. Does this new epidemic of gun violence warrant the title of an emergency, to take part in restricting, only slightly more, individual liberties? These are the questions we must be confronting as a society, before we can take a wholesome approach towards a solution.

But as we look back on the tragedy and what we’ve done, or haven’t done since, it’s important that in fighting for better legislation and a better sense of safety, we don’t lose sight of the humanity at the center of it all. As shootings have become the norm in this country, we must fight the natural adaptive instinct to view the lives lost as numbers. We must fight the desensitization that comes when such events occur all too common. We must remember that each and every life lost caused a tear in the lives’ of their families and their loved ones. We have to try and put ourselves in the shoes of these loved ones as best as we can, which even though is still not enough, will allow us to approach the issue with more empathy and regard for our fellow citizens’ lives.

Today of all days we must remember each and every soul lost six years ago, and we must put in our best efforts to make sure this should never happen again. In our fight for true action and measures to solve the issue of gun violence in this country, we will be avenging the deaths of these young children and teachers, and providing the only sense of closure we can. Because after all, there is no excusable reason for why a six year old should walk into his classroom on a Friday morning, and not walk out later in the afternoon.