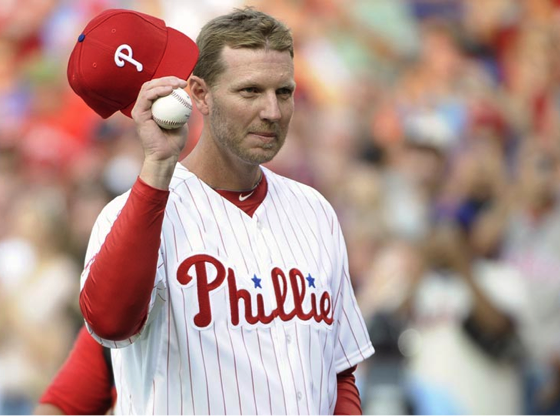 Major League Baseball suddenly lost a legend on Tuesday, November 7th, 2017. Former pitcher Roy Halladay died at the age of 40 on that day after crashing his ICON A5 airplane into the Gulf of Mexico. A look back on the life of Halladay’s career:

Roy Halladay was born in 1977 in Denver. His nickname, “Doc,” was a reference to Wild West gunslinger “Doc” Holliday. From an early age, Halladay showed interest in baseball and, at age 14, had tried playing every defensive position on the field before finding the most success as a pitcher on the mound. After graduating from Arvada West High School in 1995, Halladay was picked by the Toronto Blue Jays in the first round as the 17th overall pick of the amateur draft. He was eventually called up in 1998.

In his second career start in 1998, Halladay pitched a one-hitter. His no-hit bid was broken up by a solo Bobby Higginson home run with two outs in the bottom of the 9th in an eventual 2-1 Blue Jays win over the Detroit Tigers. From 1999-2001, Halladay significantly struggled and had to rebuild his delivery.

Despite the second half of Halladay’s 2000s career being plagued by injuries, the pitcher had four more All-Star seasons in 2005, 2006, 2008, and 2009. In 2009, Halladay was listed as number seven on the Sporting News’s list of the “50 Greatest Current Players in Baseball” and was named as one of the five pitchers in the starting rotation of the MLB’s All-Decade Team.

After he endured a few visits on the disabled list, the Blue Jays traded Halladay to the Philadelphia Phillies in December 2009. On 2010 Opening Day in his first game as a Phillie, Halladay pitched through seven innings while only giving up one run against the Washington Nationals. While facing the Florida Marlins in Miami on May 29th, 2010, Halladay struck out 11 batters and pitched the 20th perfect game in MLB history, not allowing anyone on base. On September 27th, 2010, Halladay won his 21st game of the season, helping Philadelphia clinch their fourth consecutive National League East title and finish with the best regular season record in the MLB that year.

In Game One of the National League Division Series, his first career postseason start, Roy Halladay pitched a no-hitter, only giving up a fifth inning walk to Jay Bruce in an eventual 4-0 win against the Cincinnati Reds. As of 2017, Halladay’s no-hitter is only the second in MLB postseason history, after Yankees pitcher Don Larsen’s perfect game in Game Five of the 1956 World Series. Halladay became the seventh MLB pitcher to throw both a no-hitter and a perfect game and the first one ever to throw them both in the same season. The Phillies swept the Reds in three games, but would lose in six games to the eventual World Series champion San Francisco Giants in the 2010 NL Championship Series. Halladay faced heavy competitive pitching in that series from Giants star Tim Lincecum.

Halladay’s 2010 season yielded a slew of awards, most notably the 2010 National League Cy Young Award. Halladay became the first Phillie since 1987 to win the award and was the fifth pitcher in MLB history to win the award in both the AL and NL. Halladay secretly asked a replica to be made for his catcher, Carlos Ruiz. In 2011, Halladay finished second in the race for the National League Cy Young Award to rising Los Angeles Dodgers star pitcher Clayton Kershaw. Halladay eventually signed a one-day contract with the Blue Jays and subsequently announced his retirement from baseball due to injury on December 13th, 2013.

Halladay won 203 games and had a .659 winning percentage. He posted a career 3.38 ERA and a 2.37 ERA in his five postseason career starts. Halladay had two children with his wife, Brandy, and was a very philanthropic person. While with Toronto, he donated yearly to the Jays Care Foundation and was listed numerous times as a Roberto Clemente Award nominee.

Halladay was one of the classiest people in baseball. Halladay was a team player who, according to the outpouring reaction from his peers on social media, will surely be missed but definitely not forgotten.