REVIEW: The Beatles – Album Reviews for the Modern Listener

Home /Entertainment/REVIEW: The Beatles – Album Reviews for the Modern Listener 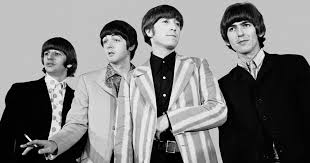 To put it simply; The Beatles are my favorite band of all time. I grew up listening to their music and I thought it would be best to rate all of their albums in order to put them in a modern context for the listener of today. That way, many people who are interested in the band can get a sense of what to expect, and may find out what they like or don’t like about The Beatles. This list is not for a specific audience, but those who are already fond of Rock music may enjoy this list. So don’t be afraid to research some English Rock songs from the 1960s before continuing!

The review begins with the band’s first album from 1963 and continues until their final album, released in 1970. I must make one disclaimer that the list is separated into the band’s early period (1963-1965) and their later period (1966-1970). In their early period, you will find that their sound is generally more softer than the more harder, assorted songs of their later period. I also must advise to you readers is that this list of albums is based off of the European track listings. From 1963-1966, America altered the original track listings of The Beatles records, seen by many as “butchering” their work. Therefore, each album on this list from Please Please Me to Revolver is ranked based on their “official” track listing from their territory of origin: the United Kingdom.

• Album: Let It Be (1970)
Summary: Iconic Rock songs with Folk and R&B influences. Though released in May 1970, it was recorded much before Abbey Road in January 1969, therefore it’s technically their penultimate album.
Rate: 8.5/10

Please note that this is an opinion piece based on my personal music tastes.

Thanks for reading, happy listening! Rock on.