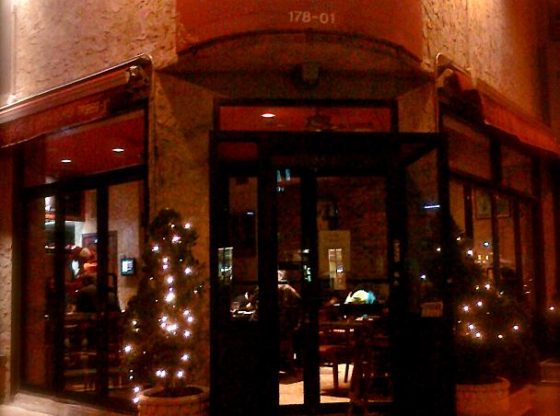 One of Queens’s tasty Italian secrets is Acquista Trattoria, a restaurant owned and operated by SFC’s very own Rosario Acquista and his sons Alessandro, Joe, and Paolo. Serving authentic Italian food, Acquista Trattoria is a great spot to head during anytime of the day, or even for enjoying a night out.

Recommendable dishes include the appetizer “shrimp alla genove,” which is shrimp with basil, herbs, light cream, garlic and oil. One can dip the freshly-made warm bread, which is placed upon the table at one’s arrival – along with complimentary olives – as a great way to begin a meal.

Second dishes include the classic chicken parmigiana, offered in eggplant and shrimp, and other chicken, seafood, and veal entrees.

Paninis are also available on foccacia bread, in addition to wraps and heroes made with cold cuts, grilled chicken, fresh mozzarella, a choice of dressings, roasted peppers, and other add-ons.

Visited by a group of St. Francis College students who are familiar with Rosario’s food from the College’s cafeteria, there was a preconceived notion that this food was going to be delightful.

All of them had great comments and reviews after their experience at Acquista’s.

“It’s a quaint, welcoming place with affordable and well prepared food,” stated SFC Sophomore Nick Barranco. “It is conveniently located in Queens, and parking is easy to find.”

With a quick and friendly staff, Acquista’s makes a customer feel right at home.

SFC Sophomore Maura Crowley commented on how “the atmosphere was cozy, warm and relaxing. I felt like I was in my own mother’s kitchen.”

Perhaps it was also so homey because there were some familiar faces from St. Francis, such as the presence of Rosario’s sons (refer to Dodi Kenan’s piece “A Rosario among the thorns” on SFCtoday.com for more background story on the family).

“I was enamored once I walked in. The food was great, the service was amazing,” said SFC Freshman Christopher Jaime when telling of his experience, “it felt like a night at home. Both the fettucini alfredo and the tiramisu were both impeccable.”

Mamma Acquista Tiramisu is a well-known desert that has become such a hit, that it has even accounted for over 80 percent of dessert sales weekly! Once can also find a few delectable bowl of the dessert in the SFC cafeteria.

So take a quick drive or catch the train to Acquista Trattoria. Once you’ve had the food, no one will resist the urge to go back. And who knows, maybe you’ll run into Mr. Rosario Acquista yourself on a Saturday night!

A SUPERHERO’S ONE STOP SUPER-SHOP
REVIEW: THE UGLY SIDE OF BEAUTY: AMERICAN BEAUTY