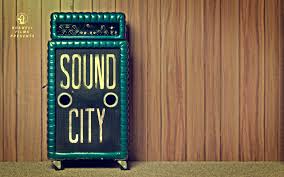 This film is a highly polished and professional documentary by Dave Grohl that was filled with funny and emotional commentary from the musicians who recorded the gold and platinum records in that same rundown studio.

The film goes through the decades of performers from artists of the seventies through the late nineties until it, “Sound City”, officially closed as a commercial studio in May 2011.

This small and unglamorous studio housed the best performers in the music business including Fleetwood Mac, Tom Petty, Cheap Trick and Nirvana. Members of these bands, as well as others who recorded in this studio, appeared for interviews to talk about working with the equipment; using tape and then the affect of the influx of the digital age.

“Sound City” also includes interviews with studio management like and old images of musicians recording the studio mirrored by footage of them currently near the old soundboard.

The musicians and music technicians spoke of the sound quality of this particular studio over the rest of the recording studios. They go into full detail to explain the differences in the sound of the room, and the tone of the drums and human voice in the small room on the Neve 8028 soundboard.

“Guitars sound pretty much the same everywhere,” said famed producer Rick Rubin, “but drums change from room to room, and the sound at “Sound City” was among the best.”

The sound that flooded the room was live quality material. When it is paired with the fact that they record on tape, mistakes the artists make are hard to fix. This shows the raw talent of the musicians, unlike that of the music made on computers in the digital world.

Grohl goes to great lengths to explain the difference between recording on analog two-inch tape and recording the digital way using Pro Tools equipment. The analog tape can record the human element and is why “Sound City” was able to record gold and platinum albums.

The reason Grohl, who recorded Nevermind with Nirvana at “Sound City” in 1991, decided to make the film, was not only to tell the history of this legendary place but also attempt to save the studio from closing. Though he failed to preserve the building, Grohl saved the console that allowed all the magic to happen.

Not only did Grohl set up the Neve 8028 soundboard in his own studio, he also invited the musicians back to record on it again alongside him. This mash-up of multiple rockers includes Stevie Nicks, Rick Springfield, John Fogerty, Trent Reznor, and more; they came together to form the Sound City Players. They are playing a show at Hammerstein Ballroom in NYC on Feb. 13.

Overall, “Sound City” is a must-see rock n’ roll documentary that takes the audience through a series of emotions. The documentary could change the way the viewers look at the advances of today’s musical technology in comparison to the recording techniques of “Sound City.”

The “Sound City: Reel-to-Reel” soundtrack will be released on March 12. More tour dates are in the works for the Sound City Players and may be announced later this year.

CATCH UP TO QUEENS: GREAT DEALS FOR EVERY TASTE
OPINION: YOU’VE GOT GMAIL?