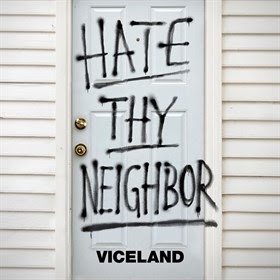 One Sunday afternoon, my friends and I met up at the local watering hole for brunch. We were all catching up on gossip, complaining about our jobs and of course, discussing the latest shows we have been binging. We began to discuss the show, “Hate Thy Neighbor”.

At this point, I had yet to see it because it just came out. Out of curiosity, I opened up the series trailer on my phone and was blown away.

“I am a young black dude. He is a f*cking racist. We both don’t want to be there.” said British comedian, Jamali Maddix. I was in shock not only by what some would call colorful language, but the premise of the show all together.

Viceland’s Hate Thy Neighbor premiered on January 23rd, 2017. Viceland is a fairly new network from VICE and A&E, which only came out in February 2016. Their programming is mainly millennial driven as it explores many different lifestyles.

Essentially, the premise of the show revolves around Maddix traveling around the world interviewing and even spending time with extremists to grasp their beliefs. He goes to gain an understanding of their reasoning behind their highly disputed views. Maddix approaches people with intolerant views all around the world and in some cases, is in fear.

In the first episode, Maddix was in the company of self proclaimed national socialists, to the Average Joe, they would be Nazis. Maddix witnessed them burning anything they considered Jewish literature and the exercise of other Ku Klux Klan ceremonies. He was seemingly uncomfortable in some situations as he is a biracial man, often reminding the audience that his father is black and his mother is white. However, he also had an element of sympathy with the family he was spending time with.

The show has an interesting format as it often cuts to Maddix in his true form, an entertainer and comedian. Throughout the show there are outtakes of his stand up comedy in which he brings light to many of the uncomfortable situations he encounters while also educating his audience based on his experience. At the end of the series trailer, Maddix states “I am just a comedian.” In the show, he truly shows his potential as an advocate and journalist far beyond comedy.

Surprisingly enough, in some cases he finds these intolerable individuals, to be well, tolerable. In an interview in The Guardian, Maddix states, “I don’t know if we could be friends, but the weird thing about some of these people is that they have nice qualities. There’s one guy who had probably the most horrific views that I heard, but he had likable qualities about him, where you go, ‘If that was taken away, he’d be a great guy.”

Hate Thy Neighbor is groundbreaking, but also a trend of the times. There is also a documentary just recently released in 2016 called Accidental Courtesy: Daryl Davis, Race & America. Similar to Hate Thy Neighbor, it features an African American musician who approaches white supremacists and eventually finds common ground and a friend in them despite their radical beliefs.

In Accidental Courtesy, Daryl Davis travels throughout the United States and interacts one on one with current and past members of the Ku Klux Klan. In doing so he builds a rapport and in some cases a deep rooted friendship. Initially in his travels, he simply seeks to gain an understanding but surprisingly leaves with a new friend.

Daryl Davis does not seem to want to suppress the history of the white supremacists and the KKK but to bring it to light as just that, the history of the United States. He even collects artifacts from the KKK. He intends on making his collection of artifacts into objects that the public can learn from in a museum.

Between the creation of Hate Thy Neighbor and Accidental Courtesy, it has become a trend. This movement may be due to an increase in the divide of in the United States and widely different political views. With the new administration in office, conservatism and right wing policies have gotten a media spotlight from many activists and journalists alike.

As someone coming from a very diverse location and liberal background, it is easy to nearly forget that there is such hatred in the United States let alone the world. Shows and documentaries like this are a great way to bring up the genuine discussion of racism. In my opinion, if more people get talking about these hard-hitting subjects the likelihood of eradicating it increases.

Jamali Maddix expressed is uncertainty in the matter of ridding the world of racism all together. In an interview with Metro, he states,

“I don’t know. I hope so. I think if we want it and push for it and if we can find a universal understanding, [it’s possible]. We have the access to everyone around the world and are able to see how other people live with the Internet. Hopefully there can be some form of universal understanding that we’re all human beings. Do I think it’ll happen? I do hold hope for it.”

Shows like Hate Thy Neighbor and the documentary Accidental Courtesy, do not aim to rid the world of racism, but rather educate viewers by illustrating their experience.