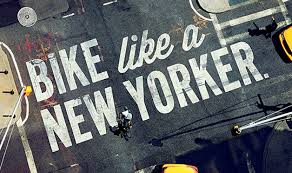 City Councilman Carlos Menchaca has recently introduced a bill that would let bike riders in New York City follow pedestrian control signals instead of the vehicle red/yellow/green signal lights that they are currently legally required to obey.

Menchaca — an avid biker and consistent advocate of laws regarding bike reform in the city — introduced the bill February 5. The bill would allow bikers to get the brief head start that pedestrians in crosswalks currently do.

“Pedestrian control signals are usually synchronized with signals controlling motor vehicles,” Menchaca said according to the Brooklyn Eagle. “There is a leading pedestrian interval (LPI) at some intersections which gives pedestrians a three to seven second head start when entering an intersection.”

The bill would not change the fact that pedestrians have the right of way when bike riders are in motion, Menchaca noted.

The proposal is just one more legislative step toward Mayor Bill de Blasio’s “Vision Zero” plan, which aims to decrease pedestrian fatalities throughout the city. Menchaca insisted that by putting this new bill in motion bicyclists will enjoy the same sense of security that pedestrians have when they are given the opportunity to beat out traffic.

Cyclists around the city are jumping on board with Menchaca’s plan–which is being co-sponsored by Brooklyn Councilmen Antonio Reynoso and Brad Lander—insisting that it will ensure the safety of Brooklyn’s ever-increasing population of people who use their bikes as their prime mode of transportation.

“It is incredibly intimidating to have a driver gunning the engine while we wait for the light to change, vulnerably sitting right in front of them,” cyclist Hilda Cohen said according to the Brooklyn Eagle.

If bike riders are given the LPIs that Menchaca and his supporters are advocating, everyone will have more leeway to get where they are going safely and calmly.