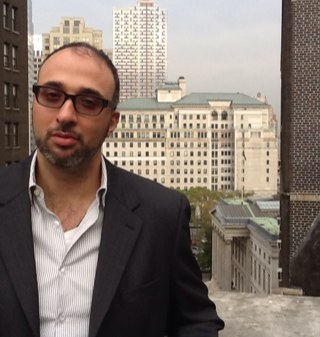 SFC English professor and author, Theo Gangi, has found that his time in St. Francis College has helped him to better his craft not only as a writer but as a professor.

“A writer always needs to have a recipe for every book, a little bit of personal experiences, a little bit made up, and try to weave it all together so there’s no way to tell what’s what,” Gangi said.

Kensington Books published his novel, “Bang, Bang” in 2007. The crime thriller is about a stick up kid-turned-man who preys on other criminals, then tries to get his life together in one night.

Gangi’s short story “Eddie May” was included in the book “First Thrills” as well, edited by crime thriller powerhouse Lee Child, showcasing stories by famous authors alongside up-and-comers like Gangi.

Unlike some writers whose first instinct was putting pen to paper, Gangi did not discover his skills as a writer until his sophomore year of high school.

“I started it and the next thing I knew I was twenty pages in and addicted to cigarettes. I just got immersed and it was pretty involuntary,” he said.

Appropriately, Gangi was highly influenced by Jack Kerouac, William Faulkner, and later, Elmore Leonard, when he started to embrace literature that did not take itself so seriously.

As a professor, he views the time spent with students a point of pride because he is able to find the time to research, to write, and to teach, which is something that benefits himself as well as his students.

Professor Theo Gangi’s advice to aspiring writers is: “If you want to be a writer, you need to write like mad. There’s no [other] way to do it. It’s not a career to be half invested in. Nobody is going to write your book for you.”

ACC BRINGS THE BEATS OF AFRICA TO SFC
JUDITH LEVINE ON SEX OFFENDER LAWS: WHAT ARE WE PROTECTING?