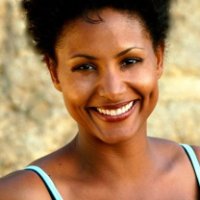 Tomorrow marks the opening night of the faculty-produced play “The Hunting Season: Police Profiling in America” at 6:00 in SFC’s Maroney Theater.

The production is the newest work from Communications Arts Professor Magaly Colimon-Christopher, who both wrote and directed the play. “The Hunting Season” chronicles the struggles of a family of Haitian immigrants to protect their son in an America that they come to realize is not colorblind. The pertinent topic of police profiling is given a personal spin in this electrifying narrative.

The play’s premiere will be immediately followed by a panel discussion about the power that art has to promote discourse and activism in the racially-charged period of police brutality that Americans currently face.

The panel will be hosted by the founder of the Betty’s Daughter Arts Collaborative Ebony Noelle Golden. She will be joined by Obie Award Winning Producer Garlia Cornelia Jones-Ly and the founder of SFC’s Students Against Racism club, Hannah Seymour.

There will be a second showing of the play on the following night, Thursday, October 6.

The play’s showings are sponsored by SFC’s Communications Department. They are free and open to the public.