Prestigious Position: A Peek into the Terrier Sports Network

Home /Sports/Prestigious Position: A Peek into the Terrier Sports Network 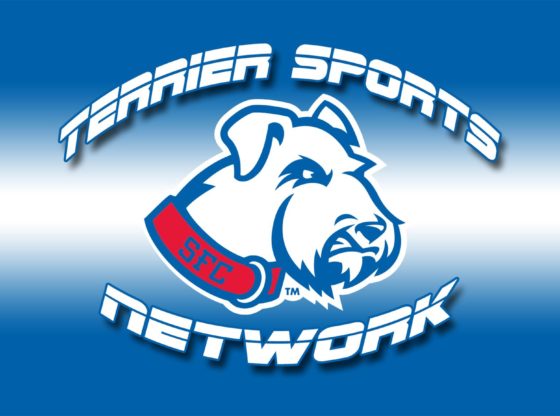 TSN provides students with a glimpse into the video production job and internship world, which they one day hope to find themselves in. The network covers all the school’s sports, publishing over 80 live streams of sporting events per year and counting.

The network’s new President/Executive Producer, Matthew Panico, is a junior at St. Francis College and is currently studying the media business. Panico, with TSN, helps cover all the school’s D1 sports, which range from basketball to soccer and water polo.

While you watch the streams of SFC sporting events on NEC FrontRow, it is normally Panico and other TSN workers behind the camera bringing you the live coverage. Their work not only adds awareness on the school’s athletic department, but it gives the public more knowledge about St. Francis College in general.

The network’s head, Luis Velez, is an alumnus of SFC, graduating with the Class of 2018. Velez worked at TSN while attending SFC and now aids the network as the network’s New Media Coordinator.

Velez summarized that “TSN is a student-run club” entailing broadcasting and videography to its workers.

He continued by stating that TSN helps students learn about sports broadcasting, providing them with a glimpse “at what the world might be” in “using a camera, […] creating graphics.”

Velez stated that TSN is a learning experience, revealing that “everyone here that’s started from the beginning, like I did, has grown exponentially.”

During the interview, I noticed Velez’s attention to the trust levels of TSN. Luis told me that TSN is more than accepting of their students’ abilities and minor mistakes because it gives them an opportunity to heighten their broadcasting skill levels.

Velez revealed that, in his video editing work, he tries to think about what the viewer will see in his films, as well as how to entertain the viewer while focusing on the story. These multiple facets of proficiency help the network thrive with students and staff alike.

Velez says you can keep whatever you’d like to take out of this network because “it’s always open-ended,” designed for students who enjoy sports broadcasting.

Because he is so close in age with many students at TSN, Velez often refers to the workers there as his peers. Velez has stated that he enjoys teaching kids and that he tries to provide them with the tools necessary to succeed in the workforce.

In an exclusive interview, Matthew Panico told me that “He [Luis] has served as a mentor to both incoming and outgoing TSN workers.” The club’s president is arguably the one who has been inspired the most by Velez’s work. Panico documented Velez’s influence upon him in his short film called “Man Behind the Camera” for his Basic Digital Media class, easily accessible on YouTube.

Alongside Panico and Velez are Rob DeVita and Matthew Fanizza, also among the top TSN executives.

DeVita is SFC’s Director of Athletic Communications. In Panico’s film “Man Behind the Camera,” DeVita stated that he loves what he does and that “it’s a blessing that I work in sports and athletics.”

Fanizza is TSN’s former President, claimed that TSN gives students an “opportunity to experience all the different roles needed to produce a high-quality production.”

Fanizza further stated that TSN is “all-inclusive and throws students right into the fire in order for them to get hands-on experience.” Among other staffers, Fanizza continued by stating that “there’s nothing like it [TSN] on campus, and if students want to get into the industry, they should get involved ASAP!”

Bridging the greatness of TSN’s staffers is a common goal encapsulated by friendship. Many at the TSN crew are not only just co-workers, but frequent acquaintances inside and outside of campus.

The network is currently in the process of searching for a VP, but they needn’t look far. TSN has many qualified candidates of all ages for such a prestigious position.

Many of the clubs at St. Francis College intertwine with staffers, and TSN is no exception. Nick Arias, Joshua Lynch, and Connor Keating are just a few names that work frequently at TSN. When they’re not working at TSN, they’re devoting their efforts to SFC Radio, SFC Today, or SFC Terrier TV.

The students at TSN, both old and new, serve as a snapshot of the school’s close-knit community in action. All the friendly faces at TSN are a helpful reminder of how generous students at SFC are and the staffers there provide a glimpse into the bright future of the school.