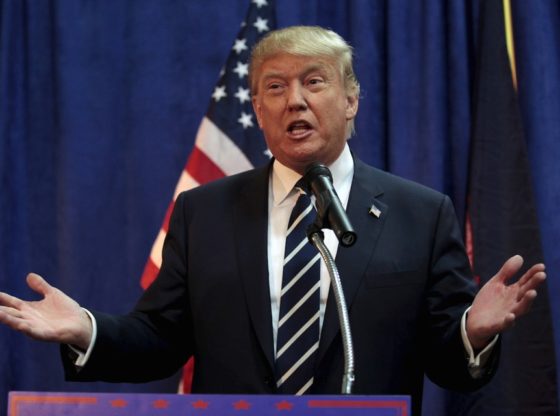 Are Donald Trump and Hillary Clinton predestined to win their respective parties’ nominations?

For Trump, such a prospect appeared very likely as a result of last week’s Super Tuesday primaries. He won eight of 11 states to Ted Cruz’s three and Marco Rubio’s one. Since delegates from these states are awarded proportionately to each candidate, Trump was not the only prospective nominee to emerge with a significant number of delegates, but he earned far more than anyone else.

Moreover, a projection by Nate Cohen of The New York Times shows that if Republican primary voters continue voting as they have thus far, Trump is well on course to accumulate the 1,237 delegates necessary to claim the GOP nomination. In fact, his path going forward might become even easier starting March 15, when proceeding states award all their delegates to the winner of their respective contests.

This means that the continued division of the anti-Trump vote among Cruz, Rubio and John Kasich will be a huge boom for Trump, as it would allow him to take all of said state’s delegates without winning a majority of the state’s popular vote.

Following the so-called ‘Super Saturday’ primaries of March 6, however, Cruz was able to rack up a win in Kansas and a surprise victory in Maine. Moreover, he came within three points of pulling off a stunning upset in Louisiana, a state many expected Trump to win handily.

Since Trump lost to Cruz, the momentum of him being top in the Republican seat has slowed down. However, Super Saturday didn’t dramatically hurt Trump’s chances. Polls show Cruz trailing in delegate rich, winner-take-all states, and so long as the anti-Trump vote is divided, the billionaire realtor is poised to avoid a brokered convention and emerge as the Republican nominee.

Rubio is now struggling in the race. His results on Super Saturday were similar to his showing in the New Hampshire primary and perhaps the most damaging for his campaign. Not only was Rubio’s win to loss record 1-18, but he seized 17 percent in Kansas. However, he canceled the events to campaign elsewhere and used Governor Sam Brownback, Senator Pat Roberts and former Kansas Senator Bob Dole to boost his image. In the end, he managed to only gain 16 percent in Kentucky, 11 percent in Louisiana and eight percent in Maine — finishing fourth behind Kasich.

As for Clinton, her path to the nomination became much clearer as she swept the delegate-rich South, and while Vermont Senator Bernie Sanders did win several Midwestern states, they awarded far fewer delegates than the contests won by the former Secretary of State.

Moreover, Sanders has yet to win or even put a competitive fight in any state that is not overwhelmingly white. Such a failure in a Democratic field so diverse may very well be the death knell for Sanders, who now trails Clinton by more than 200 delegates.

While Sanders will still have a significant portion of the Democratic Party behind him as he goes forward, Clinton will be looking to deliver a knockout punch by scoring victories in delegate-rich states like Michigan on March 8 and Ohio, Illinois, North Carolina and others on March 15. Blowout wins in those primaries would virtually end any realistic chance for the Vermont statesman to capture the Democratic nomination.

Of course elections are as mercurial as the weather and no outcome is ever guaranteed. As regards Trump, it is the objective of many Republicans simply to prevent his reaching the requisite number of delegates to win the nomination outright and then to wrest the nomination from his hands at a brokered convention.

Should Rubio and Kasich end their campaigns after failures to win their respective home states, Florida and Ohio, which polls indicate is likely, a merger of the anti-Trump vote behind Cruz might make such an eventuality possible. And as for Sanders, should he make significant inroads into the black vote, his campaign will have a new lease on life.

Either way, political observes can mark down March 15 as a date of a crucial importance.
< Prev

THE RETURN OF RACIOPPO: ALUMNA TO VISIT SFC TO INTRODUCE DEBUT BOOK
IHOP GIVING AWAY FREE PANCAKES FOR ANNUAL FUNDRAISER