Rolling Stone’s DeCurtis to budding writers: just do it

Home /News/Rolling Stone’s DeCurtis to budding writers: just do it 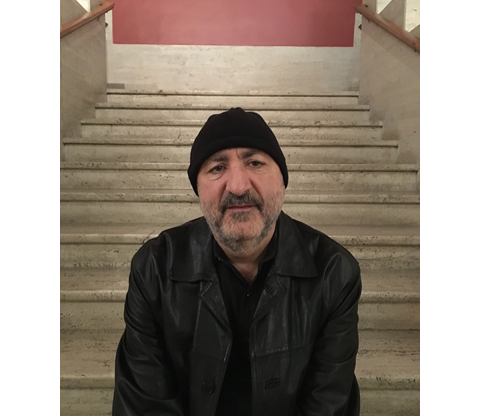 By Alison Delaluz and Aaliyah Humphrey

Famous music writer and lecturer Dr. Anthony DeCurtis expressed his views on popular music and offered candid advice as an established writer during his visit to SFC.

His talk “1968 and Popular Music” discussed the cultural and political realities of the counterculture movement and how artists started expressing their political views.

DeCurtis got into music writing from his father’s favorite artists like Frank Sinatra and Tony Bennett and from his own creative interests.

“I was amazed by how much I knew about it through all the stuff I couldn’t stand” DeCurtis said.

However, despite his father’s jazzy interests, he grew up and loved classic rock just like any other kid growing up in the 60’s and 70’s.

“Early rock and roll were exciting. It was young people’s music kind of for the first time. You know, by the time the Beatles arrived in the United States in 1964 – that was it for me. That made such a cataclysmic impression on me.”

From then on, he started reading magazines like Rolling Stone and learning all he could about various artists — and eventually ended up writing for the influential magazine.

“I knew friends who made pacts. Music was at the center of things when I was growing up,” he said.

When he finally got to work for Rolling Stone, he didn’t just get great credentials, but found it was a rewarding experience. One of those experiences was writing and interviewing a member of The Rolling Stones.

“I did a Rolling Stone cover piece on Keith Richards – big thrill to meet him and it was a story that really got attention. He tends to speak his mind and he certainly did in this piece,” said DeCurtis

DeCurtis said preparation is important for any story.

“Outlining gives you a structure – makes writing so much easier. Writing is going to make you anxious, you have to accept that.”

Technology has also been a big factor in music according to DeCurtis.

“Technology has sort of leveled chronology. If you show someone a video, they don’t know if it was made yesterday or in 1965.”

He also believes that technology is just an extra step for any type of journalist getting into the industry.

DeCurtis says that social media helps a person stands out in front of employers.

“These days just start doing it. Put out the stuff yourself … on your twitter or whatever sort of platform you use.”

DeCurtis’ advice is all about self-reflection and honesty. It’s not about how you look all the time, it’s about how confident you are in your dreams.

“People can get pretty nasty. Not about the quality of your work, but about what you look like. You must believe in yourself. You learn to formulate an internal evaluation of yourself,” DeCurtis said.