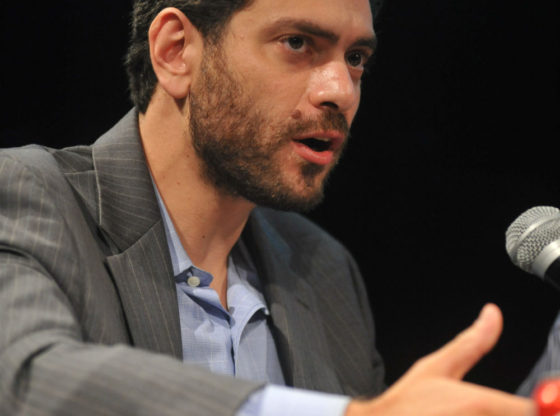 On October 21, St. Francis held a discussion panel and welcomed three distinguished New York scholars to debate the NYPD’s presence in low-income neighborhoods at an event titled “Is the NYPD Doing Its Job?”

First to speak was moderator Kay Hymowitz, a scholar at the Manhattan Institute. She prefaced the discussion by pointing out the stunning crime drop New York City has seen since the 1990s, largely due to increased policing efforts by the NYPD. But after several recent incidences of police brutality were recorded by civilian onlookers and posted to social media, this welcoming attitude towards “New York’s Finest” seems to have disappeared.

The panelists then discussed this issue and how to mediate disputes between civilians and the NYPD without anyone—cop or civilian—being killed.

Heather MacDonald, a Senior Fellow at the Manhattan Institute, then stepped up to the podium to defend the right for a police officer to use deadly force against a civilian when their life is in danger. She also argued that the Black Lives Matter movement that has sprung up around the country in recent months has falsely disseminated the idea that police officers are racist, and that they single out and harass young male minorities. She curiously questioned why there was no “Blue Lives Matter” movement.

She goes on to recall a police community meeting she attended at the 41st Precinct in the South Bronx. “They were begging for [an NYPD] watchtower to be installed,” she said. “One man said that every time he hears a shot, he runs towards [the sound], fearing that his children have been shot.”

She claims the residents of many similar low-income neighborhoods are begging the NYPD for more presence in their communities at meetings like this all across the city, every day. Despite the idea that the police are these people’s enemies, she said, they are in fact their first line of defense against their neighborhoods’ rampant crime.

“The police are the only thing that exists in these neighborhoods to control disorder,” she continued, “and the NYPD’s restraint in the use of force is unparalleled.”

MacDonald concluded by saying that due to the “Ferguson effect” of the Black Lives Matter movement, officers are now reluctant to make proactive stops and engage with the communities they serve, which were the very tactics that led to the steep drop in crime that revitalized New York City in the 1990s.

Next to speak was Harry Siegel, a writer for the New York Daily News and oldest son of St. Francis Scholar in Residence Fred Siegel.

He begins by saying that he does believe that the NYPD is doing an impressive job as crime rates continue to fall, but mentions several points where he disagrees with MacDonald’s enthusiasm for an increased police presence across New York City.

He questions some of her statistics regarding certain crime rates dropping—specifically that of “open air” drug dealing—and gives a few explanations as to why it may appear that the NYPD is doing a wonderful job, when in reality, criminals are just evolving and adapting to the NYPD as policing changes in their neighborhoods.

“Police commissioners work in great secrecy,” he continues, “[Police Commissioner] Bratton, and Kelly before him, were both masters of presenting themselves […] as these agents of change, when these changes were really happening […] with or without them.” He cites this as evidence as to why many of the statistics that support the NYPD’s efforts in the drop in crime are shaky at best.

He also points out the number of scandals that have plagued the NYPD in recent years that he claims MacDonald casually glossed over.

MacDonald and Siegel then debated the issue of racial profiling by the NYPD, individual officer conduct, and the bureaucracy that surrounds running a police force that serves millions of people every day.

While both speakers made equally valid points regarding the efficiency and integrity of the NYPD and its political overseers, the question remains as to whether we, as New Yorkers, can say that the NYPD is doing its job.

BOEHNER OUT, RYAN IN
GET INVOLVED WITH DUNS SCOTUS