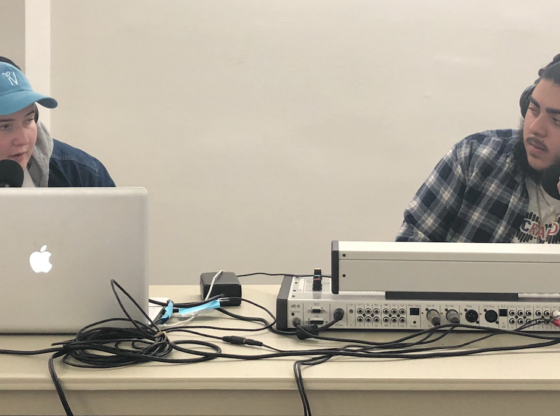 SFC’s Peer2Peer event has been held in the past, but this year the creative entrepreneur edition was implemented.

Previously, Peer2Peer attendees sought to mingle with students and faculty. The goal was to make connections that could assist students in employment or furthering their own business plan.

However, on Thursday March 8 2018, SFC’s Entrepreneurship Club, moderated by Professor Eda Sanchez-Persampieri, had SFC students as guest speakers. The lecturers were all self-made entrepreneurs who successfully started and maintained their business: Joshua Dezil, Arianna Sartzetakis, Fallon Raimo, and Sydney Bell.

Curtis Alexander, Vice-President of the club said: “it’s our goal to cultivate the future entrepreneurs at SFC.”

The Entrepreneurship Club seeks to prepare people for success in their field of choice.

“We hope to see more and more people at future events”.

“We are all young entrepreneurs,” Joel Otero, Secretary of the Radio Club said. Otero and Vice-President Manny Vilmatelo hosted the program, along with President Danielle Francavilla.

Francavilla started the Radio Club, led by moderator Dr. Brian Gregory, just over a year ago, and it has quickly gained momentum.

For more information about the Radio Club, please visit sfcradio.sfc.edu