PALMER’S PASSION FOR FILM AND SFC 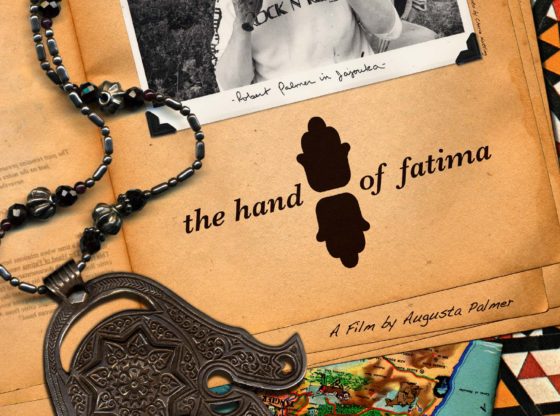 Communication Arts professor and filmmaker Dr. Augusta Palmer never thought she would become a teacher, but has fallen in love with her colleagues and students at St. Francis College.

Palmer — who teaches film courses — discovered she was proficient in teaching when she started as an Art teacher for disabled children and adults.

Though she never had plans to be an educator, she had her fair share of adjunct teaching in different schools such as NYU, Brooklyn College and Sarah Lawrence College in addition to teaching English in Taiwan.

“I was young and wanted to see the world,” Palmer told SFC Today.

She decided to pursue the teaching job in Tawain because she found their culture interesting and heard getting a job teaching English there wouldn’t be difficult.

She came back to America fluent in Chinese and realized how much she missed Taiwan.

Palmer became interested in their culture and began studying it by reading books in Chinese and watching a lot of Taiwanese films on the history of Taiwanese cinema and the Chinese revolution.

Palmer never thought she would become a teacher because her only goal was to make films.

While working on her P.h.D in Cinema Studies at NYU, Palmer constantly watched and studied films.

Eventually she started making her own short films, one being “If You Succeed” in 2007, a documentary about a small businessman in Palmer’s Brooklyn neighborhood trying to get ahead and take advantage of justification, while also attempting to save his family and marriage.

Her 2009 documentary “The Hand of Fatima” told the story of her father, music critic Robert Palmer’s journey to Jajouka, Morocco in 1971 and her’s in 2006. Her 2012 documentary “Nugatory” follows artist Leo Rabkin and depicts what goes into making artwork. Her most recent film “A is For Aye-Aye” – completed this year – follows a girl who is flipping through a picture book at the New York Public Library and a lemur from the book comes to life and brings her on an adventure.

Despite her experience working as a teacher at NYU, nothing can compare to the intimacy SFC has to offer.

“I love my colleagues and I love my students,” Palmer told SFC Today. “I’ve had the chance to work with plenty of students closely and I’ve watched them evolve.”

Palmer began working at the college as a speech professor, and watched her students that took her class creating advanced film projects in other courses.

She also mentioned that at SFC, it’s easy to communicate with professors from all the departments.

She can also walk to work, which is another plus for her.

Palmer thinks students are better off attending SFC than NYU because of the small setting.

“There’s a brand name associated with NYU which is powerful and it’s a great thing to have, but is it worth the price tag?” Palmer said. “You get the same education here at Saint Francis College on a more intimate level which is an advantage for most of the students here.”

Even though many SFC students balance a lot of different responsibilities like work, school and family, Palmer encourages them to take this time to explore things outside their comfort zone.

“Take the time to explore other majors, majors you may think you will need in your career,” Palmer said. “For some that may be studying the Arts, even though you’re a business major. It may change your life, or not, but it will certainly broaden your horizons.”

Palmer also recommended that everyone who can should study abroad because it is a great experience.

Palmer’s favorite quote is from Irish novelist Samuel Beckett, which encourages people to keep trying even if they are not succeeding: “Ever tried? Ever failed? Fail again, fail better.”