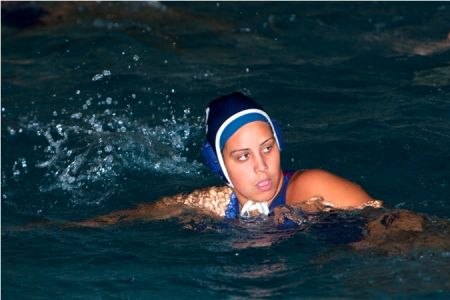 Paladino was the starter for the SFC women’s water polo team in all four years and in her senior year she became captain.

Paladino said: “I’ve always wanted to continue playing water polo after college and when this opportunity came up I knew I had to take it.”

Paladino said: “With the help and support of friends such as Josip Jurcevic and coaches Mihaljevic and Sablic my dream of playing overseas came true.”

Thalita Paladino is the first Latina to ever set foot in Bura Water Polo Club.

Paladino said: “It is a great honor for me and it is all very exciting. I feel very accomplished.”

Paladino began as a swimmer and by the time she was 12 years old the opportunity of playing water polo presented itself, and she has not stopped playing ever since.

She started playing at Palm Beach Water Polo Club with Coach Adam Gaffey, as well as in Boca Raton High School. She also participated at the Junior Olympics in 2007. She recently began playing for the Brazilian National Team.

Paladino’s college achievements include: Rookie of the Week, Second Team All Conference, All Academic, Coaches Award and Student Athlete of the Year.

While in Croatia, Paladino expects to become a better water polo player, to make life long friendships, and most importantly she expects to have a major life experience.

She plans on staying in Croatia until the end of her contract in May 2012.

Paladino said: “I can’t wait to start playing. I have been very focused on the ultimate goal. I am extremely busy with work, practices, and studying. Whenever I feel really stressed out, I know that I can always talk to my support system: my family, my boyfriend, and my best friends.”

When she is done with water polo, Palodino plans on focusing on her medical career and starting a family.

Paladino said: “My best advice for young water polo women out there is to NEVER give up on your dreams, no matter how far and impossible you may think it is, and that in the end the benefits outweigh the sacrifices!”

DJURIC: FROM GOALIE TO COACH
ONE TOUGH DIVISION