OUT OF THE SHADOWS: RE-EXAMINING THE REGISTRY

Home /News/OUT OF THE SHADOWS: RE-EXAMINING THE REGISTRY 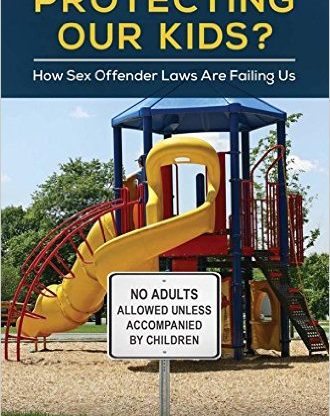 In Tuesday’s installment of the SFC Senior Citizen Lecture Series, Dr. Emily Horowitz tackled the issues and stigmas associated with the public registry of sex offenders.

“I don’t particularly care about sex offenders,” said Horowitz, “I care about all people who are treated unjustly.” Sex offenders, she argued, fall under this category.

Since 1996 with the passage of Megan’s Law, the United States has mandated that every state maintain a public sex offender registry. This registry contains not only the offender’s picture and name, but also personal information such as home address and work address.

Nearly 850,000 people are currently on the registry for life, and many have served lengthy jail sentences. Is this treatment fair? Horowitz argues “no.”

“The purpose of our criminal justice system is not just to punish, but to rehabilitate,” she said.

The registry in particular, makes this rehabilitation incredibly difficult. Many sex offenders struggle to find housing that is the appropriate distance away from places such as schools and parks that they are banned from. If they are able to find housing, they are faced with the struggle of finding a job. Other concerns, such as possible vigilante justice, or payroll violations, effect day-to-day life.

And punishing the offenders so severely does not help protect the children. Horowitz pointed to many peer-reviewed studies criticizing the registry and its efficacy. Twelve years after the institution of Megan’s law, an evaluation found the law had no effect on the number of sex offenses. “Even if you think sex offenders are the worst of the worst, the registry does not work,” she said, “these laws do not work.”

The reason for this is largely due to the nature of sex offenses against minors. More than 93% children who are sexually abused are abused by people close to them, such as relatives or family friends, pointed out Horowitz. The registry does not effectively prevent these instances of abuse. Convicted sex offenders also have an extremely low recidivism rate, 1-5% , which is the lowest rate of any crime excepting murder.

Another concerning side effect of registry laws is its effect on the lives of those who offend as minors. Analysis found that one-third of sex offenders listed on the registry offended as children, and the most frequent age of offenders listed is fourteen.

These young people can be put on for a variety of offenses, from pulling a fellow classmate’s pants down, to sending nude pictures to a boyfriend or girlfriend. Young offenders are more susceptible to punishment and less likely to re-offend than other offenders, but are still placed on the registry for decades.

With research pointing away from the public registering of sex offenders, the United States remains the sole country with such a registry. Why? The answer often comes down to two things: funding and political clout.

Due to public vitriol towards sex offenders, many in the government sphere tread lightly on any topics relating to them. For fear of reprisal, “Politicians are not usually in the position to turn these laws over,” explained Horowitz.
Those who do take up the issue tend to be, therefore, men and women listed on the registry, along with their families. These people often lack the proper money and resources to effect change.

It is for this reason, that Horowitz finds the role of researchers so unique and important to the issue. “My next project,” she announced, “is building a community of researchers and criminal justice advocates who are against our Draconian laws, in a very general sense, to stand up for this group”

More findings from Dr. Horowitz’s research on United States sex offender laws can be found in her book, Protecting our Kids? How Sex Offender Laws are Failing Us.