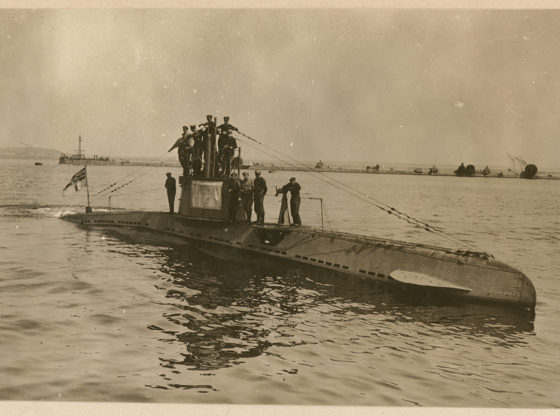 The done to death proverb “Those who forget history are doomed to repeat it” rings correct time and time again, despite fading into the background after every calamity. The unlucky few acquainted with history may find importance of this year in relation to the less known “War To End All Wars.”

April 6th of this year marks the 100th anniversary of President Woodrow Wilson’s declaration of war on the Central Powers of Europe, thrusting America into the gruesome, unending stalemate that was the Great War. Overshadowed by its even more horrifying sequel, the lessons of World War I are quick to be forgotten among us, even though 53,000 countrymen gave their lives alongside a nation and world stage forever changed. While every living memory from that conflict has now passed, the legacy of their story has not.

In 1916, a confident United States riding high upon dominance in the Americas rewarded with the victory of the Spanish American War (1898) began to increasingly worry about the situation eastwards. German Emperor, Kaiser Wilhelm II, could only dream of threatening jackboots down in the Americas as a deterrent, but had an alternative strategy far more terrifying and less tangible.

Just like today, Americans carried a collective hubris as a nation free from military invasion. With two vast oceans flanking the nation’s borders, many thought the country to be invincible. In the days of the Cold War with such a technological leap in weaponry the notion became less accurate, but the dream of America being invaded has captivated many artists into creating vast libraries of books, movies, and video games revolving around the ominously intriguing scenario. Out of sight, out of mind has driven Americans to stay out of things time and time again.

With the first mass scale deployment of the submarine, capable of immersing deep under the ocean and firing devastating projectiles, the Atlantic seabed became wracked with ammunition supplies and dead men, some of these innocent Americans.

Most infamously was the sinking of the RMS Lusitania , an ocean liner destroyed in 1915 with the loss of some 1,198 lives, 128 of them American civilians. While the ship was technically violating maritime law by storing ammunition and having armed British troops on its decks, its location in the neutral Irish Sea at the time of the sinking put Germany at complete fault when it came to the diplomatic table.

No such ratified treaties like the Geneva Convention existed at the time to prohibit the storage of armaments or soldiers on civilian ships, and for armies to fire upon civilian ships or hospital ships with Red Cross markings.

In the days of fighting militants and not uniformed soldiers, these laws become unfortunately quite blurry. While no records of sunk noncombatant vessels by the US exist (officially),numerous friendly fire reports on civilians and medical personnel in the wars of Iraq and Afghanistan has been of the greatest criticisms of the decade long occupation.

The U-Boat “Unterseeboot” (literally undersea boat) was a devastating weapon for which there was little effective counter. In January of 1917, the Kaiser passed the law of “unrestricted submarine warfare”, which put U-Boat captains at free reign to sink whatever, whenever. American merchant ships going to the United Kingdom became prime targets.

Submarine warfare is a faded aspect of 20th century naval combat. These machines now serve roles as surveyors and nuclear missile carriers. Coastal defenses in the United States are tested monthly by prodding Russian and Chinese submarines, who wish to test radar and coast guard defenses before scurrying away back to international waters.

In another poorly thought out plan to dissuade the United States from assisting the Entente (Allies), an absurd telegram message known as the Zimmerman Telegram requested Mexico to declare war on the U.S in return for lost territory was intercepted and broadcast to the American press. While historians doubt the Mexican Army would or could have done much of anything, the idea of the United States being invaded by its southern neighbor whipped the nation into an anti-German frenzy.

The idea of Mexico being a threat to American sovereignty is nothing particularly new.

Despite these harrowing threats, and an imperialist doctrine ruling the hemispheres, the nation could not be more divided on what to exactly do. A pacifist movement lied within the religious, who claimed the war in Europe was God’s punishment for the debauchery of man. Such a contention like this would not be seen until the days of the Vietnam War in the 1960’s.

Despite these stark threats, and imperialist doctrine ruling the hemispheres, the nation could not be more divided on what to exactly do. A pacifist movement lied within the religious, who claimed the war in Europe was God’s punishment for the debauchery of man. The south clung to a strong antiwar element, veterans of its own war fifty years ago were quite numerous in reinforcing no desire for fighting.

Some African Americans saw enlistment as an opportunity to broadcast their demand for civil rights, with activist W.E.B Du Bois stating his followers to “fight shoulder to shoulder with the world to gain a world where war shall be no more”. In a little-known tidbit of pre-civil rights movement history, the 369th Infantry Regiment, composed solely of African American volunteers, was assigned to command under the French Army, because White American officers refused to lead them.

The French, who extensivly usedblack colonial troops, witnessed these men fight so ferociously that their reputation of never giving a foot of ground earned them the name the “Harlem Hellfighters” from terrified German soldiers. Not a single man in the regiment earned a medal until 2015.

For those few early months in 1917, ethnic lines ultimately divided the nation. The poorer Irish and German immigrants wished to remain neutral, while the more settled and wealthier British populace wished to see Germany defeated. In the end, with further clout, a call to defend the Anglosphere won out. Sauerkraut became “liberty cabbage”, German measles became “liberty measles, and dachshunds became “liberty pups”. Muller’s turned to Millers and Schmidt to Smiths, as a cultural identity was repressed under the weight of propaganda posters and war bonds. It sometimes turned violent.

If the word “freedom fries”, means anything to you, you’re on the right track. During the invasion of Iraq in 2003, Republican Representatives Walter Jones and Bob Ney changed the cafeteria menu of the House of Representatives to remove the word “French” from every food item. French toast was also a victim. The names were reverted in 2006, and Ney convicted of corruption charges.

The prejudice faced by German Americans led them to assimilate quickly in the face of war. Our immigrants from the middle east unfortunately face this same dilemma, even if the circumstances surrounding them are much different from what occurred a century ago.

America’s role in World War I is overshadowed in Europe and understated at home. The death of organized foot and horse warfare in the face of mustard gas, machine guns, tanks, and airplanes changed the way nations viewed conflict. The fresh determination of American troops was the straw that broke an exhausted Germany’s back, whose humiliating peace treaty sowed the seeds for fascism which would kill tens of millions twenty years later.

We are quick to forget the reluctance of Europe’s armies to fight overseas when countless people died for a mere mile of their own homeland. The world may be a vastly different place as it was in 1918, but what has occurred has, can, and will happen if we don’t learn from our mistakes.

Will Nintendo Make the Switch?
Clearly Queer: How the Queercore Genre has Taken Over Punk for the Better