OPINION: WHY DO AMERICANS HATE THE BEAUTIFUL GAME?

Home /Opinion/OPINION: WHY DO AMERICANS HATE THE BEAUTIFUL GAME? 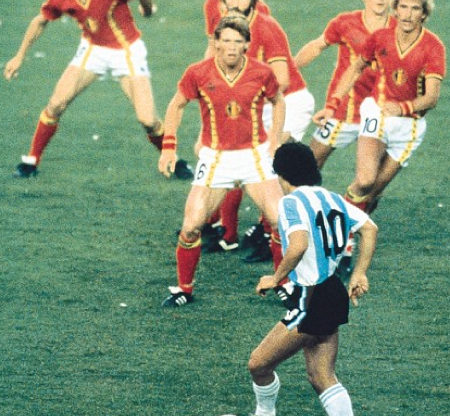 The rest of the world loves soccer, the beautiful game, but the most popular “sport” in America is NASCAR — watching a car go around for 600 miles, again, and again, and again.

Major League Soccer in the United States has only 16 teams and America is the one place where soccer is not embraced.
We Americans do not have the attention span to watch skillful athletes running around for 90 minutes.

NASCAR has crashes, pit stops, and fan favorites to root for.

Baseball is another American favorite. It is as boring as waiting in the doctor’s office. Yet Americans continue to bash soccer, saying IT is boring. It’s not any more boring than baseball.

Soccer is also a low scoring game. We Americans like scoring in all forms and meanings. A high-score soccer game has 5 or 6 goals.

A high scoring basketball game is 200-300 points between the two teams. Same with American football — a high scoring game is 80-100 points.

Americans are fat. Soccer players are not. Nearly 20% of children between the ages of 6-12 are overweight. This is common sense.

We are a fat nation that likes to see home runs and sacks and that requires brawn and huskiness. Soccer is definitely not a big man’s game. Soccer is a team sport. No individual makes a team.

In American football, you have your star quarterback or wide receiver that will make or break the team. Americans like heroes.

If a soccer team had ‘heroes’ that team would probably lose all the time.

There are no rival soccer teams in America. Having only 16 teams, it’s not really easy to have a rivalry.

In the MLS there are really no intense rivals. But baseball has Yankees vs. Red Sox, hockey has Rangers vs. Flyers/Devils/Islanders/Bruins and football has Giants vs. Eagles, Jets vs. Patriots, etc. All of these rivalries are very intense.

NASCAR sucks, baseball is pretty boring, and football is too much stop and go.

I personally don’t care for soccer but I can’t believe that people would rather watch a continuous left turn, a 4 hour yawn fest and a stop-and-go game than a global sport of artistry, endurance and stamina.

Hockey is the best. You are trapped in a rink with no way out and it’s a fast, brutal game. Americans don’t really care for that either. Go figure.

SO YOU THINK YOU CAN DANCE? JOIN THE TEAM
CAPTAIN, MY CAPTAIN JETER CAN SEIZE THE DAY