OPINION: TICKET PRICES ARE OUT OF THE PARK

Home /Opinion/OPINION: TICKET PRICES ARE OUT OF THE PARK 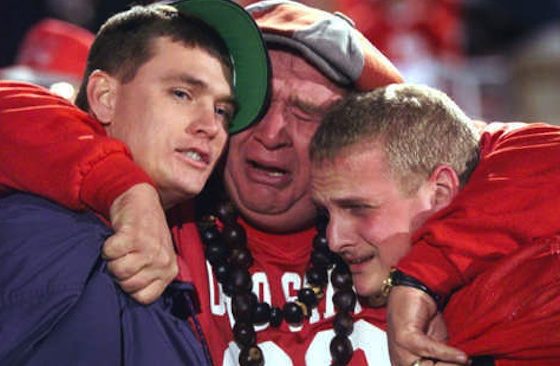 The economic recession is still throwing us curve balls, but the question still remains: Why does it cost an arm and a leg to see a baseball game?

College students are more than likely to shell out their own hard-earned cash to enjoy one of America’s favorite pastimes. However, many students don’t have a job to pay for baseball tickets, and the cheapest tickets are usually the worst seats.

The average cost of a baseball game in 2010 has actually gone up 1.5% since last year to $26.10. That price may sound great at first, but, people are forgetting about the prices of other things come game day.

Major additional costs include: transportation to and from the stadium, food and drink, memorabilia, and even taxes at the point of purchase. Wallets are likely to become light as a feather by the time the ninth inning comes to a close, as costs can amount to $100 or more.

Back in the day, America’s favorite pastime cost much less to sit behind the dugout than it costs now to sit in the bleachers of Yankee Stadium.

Nowadays, unless you have connections, dream on if you have your hopes set on sitting behind the Yankees or Mets dugouts.

New York Mets fan and SFC senior Andrew Slips agrees that “a ball game should not be a $120 investment, it’s just too expensive.” The best seats in baseball can total as much as $3,000 per person in some parks, and that’s without the aforementioned extras!

Just like many other things, people will still buy tickets no matter what monetary situation they’re in.

Baseball great Yogi Berra once said, “A nickel isn’t worth a dime today,” and that still rings true, especially for full-time college students who plan on seeing a game.

OPINION: WHERE’S THE LOVE FOR FILM MAJORS?
OPINION: FOR SFC, HOW SMALL IS TOO SMALL?