OPINION: START WITH THE MAN IN THE MIRROR

Home /Opinion/OPINION: START WITH THE MAN IN THE MIRROR 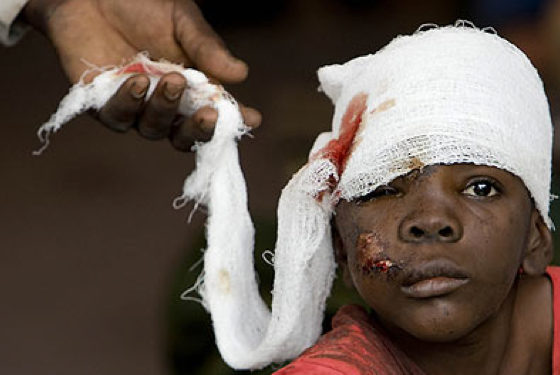 The catastrophe in Haiti tells us a lot about ourselves. Why is it that people must die so that someone can listen, pay attention, or care?

The citizens of Haiti have been crying out for years.

Where was the rest of the world as they fell victim to political corruption, poverty, environmental degradation, and health crises?

Prior to the earthquake, many were roaming the streets, had no electricity, and couldn’t even bathe.

This earthquake has been the worst in the region in more than 200 years. The misery and heartache that Haitians endure worsen as every day goes by.

If Haiti had more support before the earthquake, the situation wouldn’t be as bad right now, says 20 year old Haitian native Samuel Ganthier.

Assistance is now coming from all areas of the world. The United Nations, International Red Cross, over 18 countries, and other groups are working towards rescuing the people of Haiti.

United we stand, divided we fall shouldn’t only hold strong when tragedies occur. Nevertheless it is still good to know that so many are making efforts to be a part of this great cause to save the people of Haiti.

Beyond this international natural disaster is the unnatural disaster we are living with here in New York. Our homeless perish as many walk past them day by day with not a penny to offer.

Do we need to begin discovering their dead bodies so that we can feel bad enough to even consider giving to them? Young kids are becoming more and more involved with violence. Should we wait until they all shoot each other dead to take action, and discover ways to help?

We means you and I. The key to being a part of the up and coming generation is awareness. Following awareness is action.

Ignorance is not bliss.

Reaching out to those in need should be a continuous effort that spreads beyond the immediate vicinity. As Chris Pierre, a St. Francis student and Haitian native stated: “We need to keep going … get everyone on board.”

If we all do something … let’s just say it would feel better to say that we did the best we could rather than nothing at all. I challenge all of us here at St. Francis College to defeat that natural instinct to ignore — until there is a disaster.

JETS NEED TO BOLT PAST FULL-STRENGTH COLTS
OPINION: WHY IS TRADER JOE’S ALWAYS OUT OF STUFF?