OPINION: Is it Cheating if We’re Not Official?

Home /Opinion/OPINION: Is it Cheating if We’re Not Official? 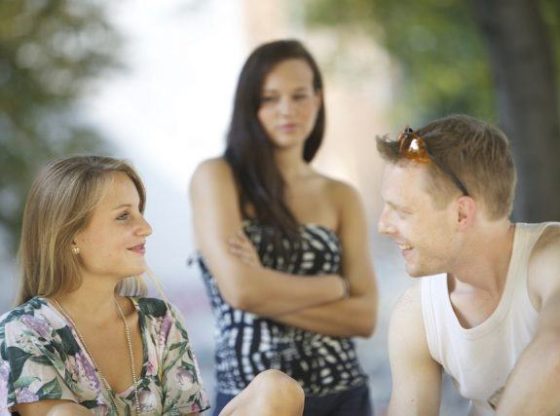 Is it cheating if we’re not official?

I asked college students to answer that question in a yes/no poll. About 53% of surveyors answered no, while close to 47% answered yes. At almost a 50-50 split, the differences evident in the twenty first century dating scene are brought to light.

Modern day dating has morphed into a gray area, especially in the midst of hookup culture. Various terms are being thrown around: we’re not together but “we’re talking”, “I started dating again”, “I’m seeing someone”, etc. Which of those is indicative of the future of the relationship, or do all of the above have little significance throughout the course of an affiliation? The dictionary doesn’t help with this one, there are numerous definitions for “date” and “dating”, many of which are subjective.

But it doesn’t end there. For the purpose of this article, let’s say we agree on the general notion that “dating” is when two people spend time together to determine if their compatibility is sufficient enough to sustain a future together. From this point on, when I use the word “dating”, refer to the above explanation. So then what is cheating? What constitutes cheating? Does it vary on the level of the association; is it different for boyfriend/girlfriend relationships, engaged individuals, or married couples? Or does any act of perceived betrayal fall under the umbrella of cheating?

These questions prompted me to do some research. I came across an article on eHarmony to be of particular interest. (SOURCE HERE) After reading what the eHarmony Staff had to say, I formed my own opinion. In my eyes, there are three basic fundamentals of cheating, regardless of the act itself or the intent behind the action. It’s cheating if:

1. You know if s/he found out about your other excursions, s/he wouldn’t be too happy

2. You wouldn’t like it if s/he did the same thing

3. You feel the need to hide something

Let’s say we agree on the above principles as the general characterization of cheating. Does that change if you’re “not exclusive”, “haven’t made things official”, or “didn’t define the relationship?” Does the action really matter? Is “innocent flirting” equivalent to a “drunken kiss”? Can any exceptions or justifications be made?

I am a firm believer that if a rapport between two people is established and mutual interest exists, then it is cheating even if you’re not official or exclusive or whatever phrase millennials use to describe dating these days. When two people date, they vet one another’s personalities, backgrounds, values, and lifestyles to make sure a long term relationship has the potential to suffice. If one is simultaneously dating others and keeping this a secret, it’s not fair to the other party/parties involved.

Don’t get me wrong; I am by no means an advocate of meeting someone, getting a good first impression, and then completely devoting your time and attention to romantically pursue this person without considering other options – that’s not wise. Sometimes it can be difficult to tell whether or not a relationship can blossom after the first or even second date, and I think a lot of people rush into relationships just for the sake of being in one. That doesn’t, however, negate the fact that I also believe certain behaviours are unacceptable whether or not a label exists.
I am a supporter of the old saying “treat others how you would like to be treated”. In a society that breeds narcissism, we sometimes forget to take the feelings of others into consideration. It’s not right to mislead someone and have him/her believe that you have fully dedicated yourself to getting to know him/her when in reality that’s not the case.

If you haven’t made up your mind in regards to continuing a relationship when you’re already several dates in, kindly do the other person a favor and let him/her know where you stand. That way no one is being kept in the dark and no one is wasting precious time. According to Katherine Schreieber of Greatist.com, “…dishonesty [is a] warning sign…Yes,not telling the person you’re dating about the guy or gal you’re seeing on the side totally counts as a deal breaker”. (SOURCE HERE)

Several college students who participated in the survey had some comments they wanted to share. All of whom provided statements requested to remain anonymous:

2. “I can’t call it cheating because we’re not official, but it hurts just as much”

3. “Not cheating. I will continue to see other people until we sit down and have a talk about being exclusive. Not my problem if that bothers him, in essence it’s his own fault for not making it official sooner”

4. “I wouldn’t necessarily call it cheating, but the effect it has is the same. It makes me think if he’s capable of doing that while we’re not official, there is nothing stopping him from doing anything when we put a label on it. The ‘talking’ stage exists to prove your worth, so if I feel that he is not faithful I won’t be able to trust him”

5. “Not cheating. Official isn’t even a thing until you’re married”

6. “YES it’s cheating. If you’re going to see other people might as well be upfront about it so I can find someone that’s on the same page as me”

7. “It really depends. If a guy/girl is really into you, then he/she should really step it up and let you know that you’re the only one he/she wants.”

In conclusion, I’d like to stress that dating and cheating are subjective topics. When discussing relationships, it’s crucial to note that most people form judgments based on emotions rather than logic. While everyone is entitled to an opinion, I strongly advise readers to seek someone who shares similar standards. If her casually dating others or him flirting with coworkers seem like little nuisances now, they most definitely will remain bothersome later down the line.