OPINION: HOW TO NOT GET THE FLU

Home /Opinion/OPINION: HOW TO NOT GET THE FLU 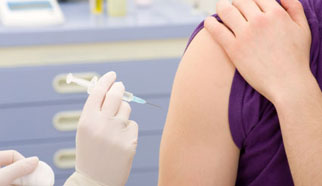 Now that midterms have ended, students at St. Francis College will face the horror of flu season, but there are many ways to avoid catching and spreading the virus.

The symptoms include fever, cough, sore throat, runny nose, body aches, and nausea, according to flu.gov. It is highly contagious and can be caught by touching anything affected by the virus before touching your eyes, nose, or mouth and it can be difficult to avoid, especially while in school, riding mass transit, and living in a dormitory.

The best way to avoid the flu is by receiving a flu shot. The vaccine protects you for a full flu season, which usually starts in October and peaks in January. If you are afraid of needles, it is also available as a nasal spray.

You should also wash your hands regularly, especially after using the restroom and before eating. Hand sanitizer is also an affective way to kill germs. If someone around you has the flu, be sure to sanitize all surfaces, light switches, hand railings, and door knobs. Try to avoid touching your nose, eyes, and mouth if you have not sanitized your hands.

Sleep is also necessary in order to avoid catching the virus. Getting enough sleep lets your body rest, and builds strength to fight illnesses. The Sleep Foundation recommends that students sleep an average of nine hours per night.

Having a healthy diet will boost your immune system, according to WebMD.

“Eat dark-green, red, and yellow vegetables and fruits,” WebMD said on their website. “They’re packed with numerous antioxidants, plus vitamins A, C, E, and beta-carotene.”

These nutrients protect against infection and can prevent you from catching the virus.

WebMD also suggests that you reduce stress. Stress can weaken the immune system and make it easier for viruses to attack. A healthy way to reduce stress is to exercise regularly. Exercise is proven to boost your immune system, while also relieving the body and mind of stress and tension.

Flu.gov suggests that you sneeze and blow your nose into a clean tissue, and immediately dispose of the tissue. Leaving used tissues around potentially spreads the virus. If no tissues are available, attempt to sneeze and cough into your elbow rather than into your hands. This will also avoid spreading the virus.

If you believe that you may have the flu, see a doctor immediately before symptoms worsen. It is suggested that you stay home for at least 24 hours after being diagnosed.