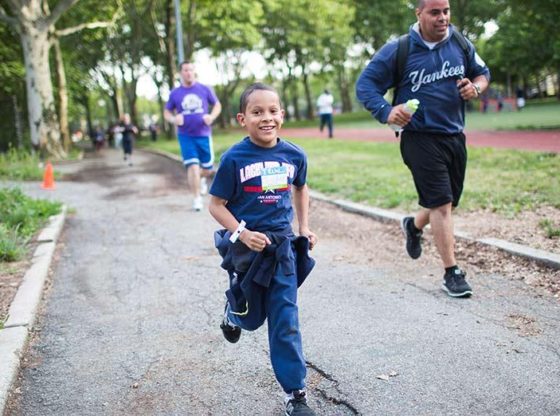 Open Runs have been held at select neighborhood parks in the city since the initiative was started at St. Mary’s Park in the Bronx on National Running Day – June 3. It was first held at Brooklyn Bridge Park on October 15.

The 5K run is open to all ages and experience levels and also welcomes joggers and walkers as well as those with baby strollers and dogs. It does not require preregistration and doesn’t end until the last participant crosses the finish line.

Brooklyn Bridge Park’s third event will be held tomorrow and include a Halloween costume contest.

“Our mission at NYRR is ‘To help and inspire people through running’ and with that we want to help create opportunities for those across the five boroughs with events for everyone,” a NYRR spokesperson said.

Each park has three to eight volunteers every week who track timing, marshal the course and make sure all waivers are signed.

“We have seen steady growth not only within our participants at each location, but also with our volunteers,” the spokesperson said.

The race is currently held at five other parks in Brooklyn, Staten Island, Queens and the Bronx and will be brought to new locations in spring 2016.

The Brooklyn Bridge Park run is held every Thursday at 7 pm and starts on the south side of Fornino on Pier 6.