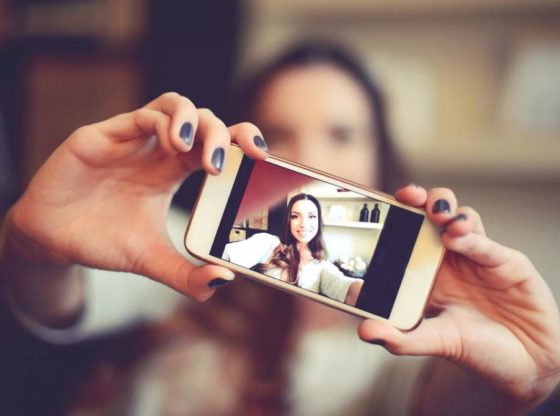 Some say they use their social media as an outlet for self-promotion — a tool they can easily use in gaining access for self-appreciation and spotlight.

On the contrary, others view social media as a way for people to abuse the idea of self promotion, overusing the concept of promoting oneself.

Studies were conducted regarding social media and narcissism, and indeed a link was found between the two.

Research has been done on the correlation between narcissism and Facebook, finding evidence that more self-centered individuals were more self-promoting on Facebook, and had more “friends”.

In asking a couple of St. Francis Brooklyn students about what they thought about social media and how it can relate to narcissism, freshman Bathusi Tirelo stated: “I believe it definitely can!”

Though it’s the people who boast about their thrilling life — having a profile filled with photos and videos of themselves captured on their social media feed — are the ones who come off as narcissistic.

“It’s like seeing a whole different side of a person.” St. Francis Brooklyn senior John Waterton says. “Behind that phone screen they seem like they’re in a world of so much fun, but then in person it’s a whole other person.”

But these are the people who discern themselves as being “extraordinarily talented” or “successful”.

These are the people who feel they must manifest themselves to others for approval.

More and more studies have shown, in what the obvious mind has come to realize, that we as a society are living in a self-centered world.

Sure, the topic of self-promotion and narcissism should be used to generate content (say for business purposes), but where does the line stand when it becomes a mental habit?

With apps and networks making it easier day by day in giving people an approach to a world of automatic mass audience, there’s no telling how far the topic of narcissism skyrockets through this generations social media.