OP-ED: Eating healthy? Not so fast. 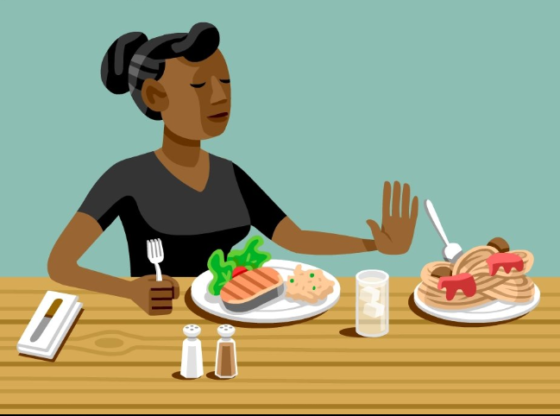 So often we as a society view certain foods as harmful. Worrying about the foods that might make our bodies pay when get older, the sugar count in some of the snacks we eat, how many carbs we catch on those nutritional facts, you get the picture here.

All those thoughts previously stated are more detrimental to those enticing sugar cookies in isle 7 at Walmart. In being so worried about the foods we try to avoid, we actually create this cloud of fear and concern over our heads.

When we have those days where we try so hard to stay away from the “unhealthy eats” that seem to taunt us by their enticing appearance, we substitute them with other snacks and meals in thinking we should limit ourselves to them because it would seem healthier too.

Research has shown that some of the foods we see as unhealthy are actually not that bad for us after all. However, when consumed to the extreme, obviously there will be consequences waiting at the door waiting for your health.

Let’s look at sugar for example. It is a fact that if one with blood pressure issues has a bad habit of including table sugar in their beverages on a daily, more than likely it will result in a lot of health issues for that person. But, wait! The average American consumes 17 teaspoons of sugar every day — which is essential for the human body; we actually need sugar in our bloods.

Avoiding sugar in the snacks and meals that we regularly eat could possibly be just as dangerous as opposed to consuming a lot of it (especially for those who have blood pressure issues that need the sugar).

So the question lies here: Is it normal for us humans to be overly concerned and limited in what we eat? No, it’s not. Being afraid of the foods you avoid doesn’t make sense at all. It’s borderline illogical.

Food should be a token of pleasure, not fear! Everyone should feel free in whatever they want to eat.

This is not an article written to take away from anyone who advocates for their health in only eating what they feel is best for their bodies. But if there’s anything in our diet as a society that we should avoid for the safety of our health — that answer is worry and fret.