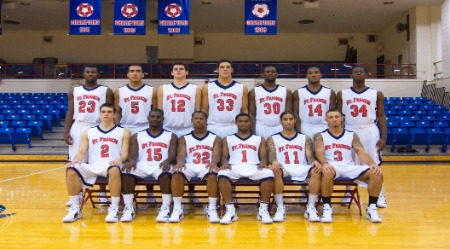 In the competitive world of college sports, it is very hard to make a Division I program as a walk-on. The majority of the students on the team are recruited by coaches who convince them to attend their school and play for the team.

Students who plan on trying out for college teams have to impress the personnel and expect to be dedicated to the life of a student-athlete.

St. Francis College Track & Field Head Coach Kyle Brown said: “You either have it or you don’t. Last year, we had 18 men, 18 women and 11 tryouts, it depends on the student’s availability.”

For walk-ons, Coach Brown has a two to three month training program in which the students train with the team and participate in various drills and tests to see if they belong.

St. Francis College Head Women’s Volleyball Coach Micah Acoba also shared his perspective on recruiting and potential walk-ons for his team and said: “They must demonstrate some sort of interest in the sport.”

Acoba takes a different route in evaluating his potential walk-ons and said “if they can hold their own in practice, they will have a chance.”

Assistant Men’s Basketball Coach Clive Bentik judges his players and potential walk-ons based on eligibilty to play and appeal.

Bentik said: “Our recruits have a foundation, they know the deal, they also have to clear NCAA eligibility from high school, but maybe there’s a kid who could not play high school ball and you give him a chance.”

Potential walk-on Rickey Williams said: “Planning a professional career is not on my list to do, so I let my game speak for itself and let it open doors for me.” The reason I tried out for the team is because I love the game and I know I can play basketball. I love to win!”

Some students have aspirations of taking their talents to the professional level while others just want to stay healthy.

Ramon Abre who tried out for the basketball team said: “Most players actual goals are to go professional, but you have to come to the reality with yourself that many people share the same goals, so at a certain point it becomes more about staying fit and staying in school, to have something to fall back on.”

For the basketball team, Ramon went through a series of practices, drills and scrimmages in three days to hopefully have a shot at making the team.

The students who made the team went through the same process as the potential track team walk-ons did, working out with the team and learning the play book with a chance of playing time during the following year.

College sports programs recruit their players from high school offering scholarships based on their academics and success at the high school level.

An individual has to impress coaches and perform exceptionally well to surpass the rigors of the tryout process. The general sentiment seems to be that only the strong survive and walk-ons have to earn their spot.

Williams said: “As long as your heart is in it and you are willing to sacrifice and work hard you will be fine.”