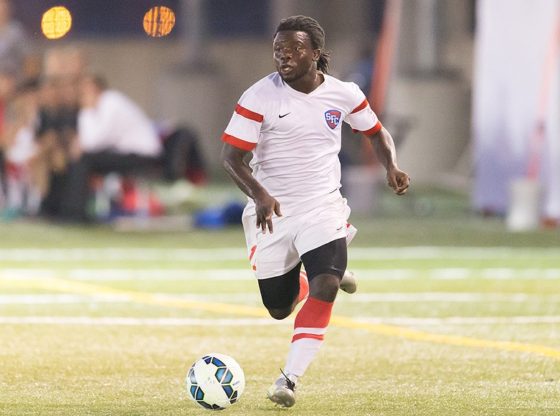 The unassisted goal put the visitors in the lead for almost the entire 90 minutes. It wasn’t until the end of the second period that the Terriers grabbed a point.

Senior midfielder Salvatore Barone scored a goal with an assist from sophomore midfielder Tommy De Andrade in the 86th minute.

This was Barone’s first goal of the season as well as De Andrade’s first assist. Before tonight’s victory, Barone had made one assist and shot 0-for-9. De Andrade had not yet recorded any assists and shot 0-for-3.

With less than three minutes left in the second round of overtime, Olajide scored the tie-breaking goal.

With an assist from junior defender Dominick Falanga, the senior ran up the right side and beat the keeper at the far post.

Olajide also scored in double overtime last Wednesday night, leading the Terriers to a 2-1 victory over the NJIT Highlanders. With his second goal of the season, this makes him the team’s leading scorer.

The Peacocks didn’t go offsides once, but the Terriers did so five times.

The next challenge for the Terriers comes on Saturday, when they will host the Howard University Bisons at 1 pm.

NYC SUICIDE RATE ON THE RISE
READY TO POP SOME TAGS?