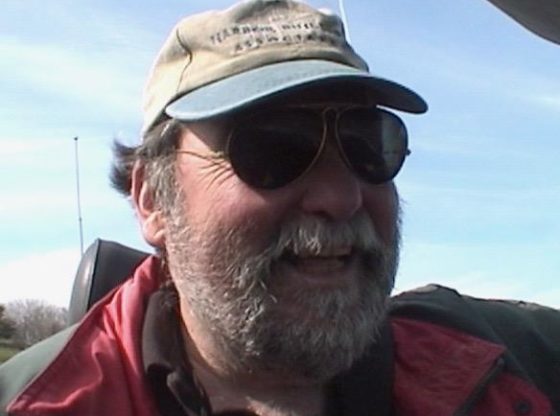 The following was submitted to sfctoday@sfc.edu by Mike “Roo” Ahearn:

He attended Bishop Lockland High School in Brooklyn, New York and went on to earn a B.A. at St. Francis College in History, with a sub-specialty in Latin American Studies. During his senior year at St. Francis, he served as president of the student body.

He then attended the University of Massachusetts in Amherst, MA, and first completed an M.A. in history, intending to teach at the university level. He was drawn, however, to fulfill a lifelong commitment to children and adults with disabilities and opted to complete a second M.A. in Communication Disorders from that same University. As he did so, he fell in love with Western Massachusetts and soon became a native son.

Upon completion of a doctorate degree in Educational Leadership and Management at the University of Massachusetts, he opened a small private rehabilitation practice in Northampton, MA. He grew that business to be the largest privately held rehabilitation company in New England. He subsequently sold to a large national skilled nursing facility chain, where he worked to build their internal rehabilitation program into one of the largest and most respected in the country, employing more than 2,000 therapists in 35 states.

One of Dr. Bittel’s enduring affirmations comes from Christopher Morley who said, “there is only one success—to be able to spend your life in your own way.” This life philosophy was reflected in his deep belief in our collective moral responsibility to support individuals with special needs; that equal access to education and the opportunities it assumes is not only a clear moral obligation on an individual level, but on a more global level is a simple issue of social justice.

While he was building his business in New England, he embraced the tenet that access to education and housing for people with disabilities must be treated as an issue of civil rights. He was instrumental in the movement to close the Belchertown State School in Massachusetts; but as a visionary, he also understood the need for transitional supports as these individuals were finally integrated into the community. As a result, he became the driving force in developing the first group home network for children with special needs in western Massachusetts.

He then “retired,” but it did not take.

In 1998, with his wife he co-founded a new education and healthcare management company, Futures HealthCore. This company has thrived over the years, and continues to focus on providing special education supports in public, private, and charter schools across the country, as well as community-based services to support children and adults in group home and residential settings. Under his leadership, Futures has grown to encompass a staff of over 600 educators, therapists and clinicians that support more than 30,000 students and adults every day in 15 states and the District of Columbia.

During this period of Peter’s career, he co-founded an international non-profit called the Medical Knowledge Institute (MKI), based in South Africa. With the support of Archbishop Desmond Tutu and a deep commitment to the belief that knowledge and education about healthcare issues—especially with regard to the epic battle of HIV and AIDS on the continent–MKI developed a variety of educational programs and curricula to empower local citizens to engage successfully in this battle. Along with Archbishop Tutu, Dr. Bittel received an honorary doctorate from American International College in 2010 for his healthcare work in South Africa.

Dr. Bittel has taught on the primary, secondary, college, and graduate school levels, holding several faculty positions including adjunct faculty at the University of Massachusetts School of Public Health. He has served on several not for profit boards, and in 2013 was elected as Chairman of the Board of Trustees of the American International College. He has presented widely on topics in both education and healthcare, and is the author of several related articles. He is the co-editor of Transforming Special Education Practices: A Primer for School Administrators and Policy Makers, and Educational Entrepreneurship: Promoting Public-Private Partnerships for the 21st Century.

Dr. Bittel lived a life of passion that encompassed family, horses, Newfoundland dogs, sailing, buoy hunting with his son, and messing about with boats. He was a life-long student of history, culture, the arts, education, old movies, John D. MacDonald novels, and off-color jokes.
He asked for his epitaph to read:

Lover of this place and the people here.

Peter was preceded in death by his parents, and his older brother Ronald Bittel. He left his wife Erin Edwards, his cherished son Luke Bittel, and his step-children Caitlin and Williston Mortenson.