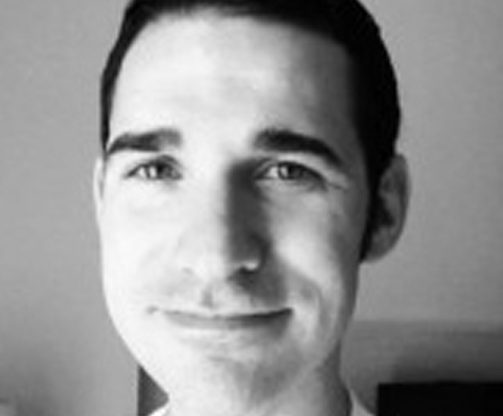 A doctor in New York City tested positive for the Ebola virus on Thursday, October 23.

CNN Health reports that Dr. Craig Spencer came home from Guinea in West Africa on October 17th through John F. Kennedy Airport. Spencer, 33, went to the country with Doctors Without Borders and treated patients with Ebola.

According to CNN on his way to the US Spencer did not exhibit any signs of infection. However, on Tuesday he began to feel fatigued. Spencer checked his temperature regularly, but did not present a fever.

ABC News reported this morning, “Just one day before his dire diagnosis, doctor traveled to Manhattan’s popular High line Park, dined at a meatball shop, even taking the subway all the way from his Harlem apartment to Brooklyn.”

CNN adds to this report presenting that, without a fever, Spencer took three subway lines and a 3-mile jog.

“Although health officials now say the driver is at very low risk. His last stop, this bowling alley in Brooklyn called The Gutter Alley. The bowling alley is now shut down, but officials insist that Spencer would not have been contagious until he developed that fever Thursday morning,” Davis reported.

When Spencer noticed a fever increase Thursday, he contacted emergency services and was admitted to Bellevue Hospital in Manhattan where he is now quarantined.

As per CNN the bowling alley, located in Williamsburg, Brooklyn, shut down yesterday after hearing about the doctor’s condition.

Today the city’s health department was helping to “‘have the bar cleaned and sanitized’ as a precautionary measure and expected to open later in the day,” according to CNN.

In regard to the subway lines, CNN reporter Faith Karimi writes, “‘At the time that the doctor was on the subway, he did not have fever … he was not symptomatic,’ [New York City’s Health Commissioner] Bassett said.”

“‘Chances of anyone contracting the virus from contact with him are ‘close to nil,’ she said,” according to CNN.

The Ebola virus is not an airborne disease, and can only be contracted through contact with bodily fluids of an infected person. However, Spencer did come in contact with three people while he presented symptoms; his fiancé Morgan Dixon and two of his friends. These individuals have been quarantined and are under observation at Bellevue as well.

According to ABC News, Spencer’s apartment has also been sealed off for decontamination.

As for how prepared New York City is for an Ebola outbreak Mayor de Blasio stated last night, “We have been preparing for months for the threat posed by Ebola. We have clear and strong protocols, which are being scrupulously followed and were followed in this instance.”

Linsey Davis also reported that the Bellevue Hospital staff has been running drills with protective suits in preparation for a case of Ebola in New York for weeks.

Reuters reported, “New York Governor Andrew Cuomo said that unlike in Dallas, where the two hospital nurses treating Duncan contracted the disease, New York officials had time to thoroughly prepare and drill for the possibility of a case emerging in the city.”

With all of this prior preparation and precaution, New York government officials are confident that the city is much better equipped and ready for Ebola than Dallas was before it.

Including Dr. Spencer, there have been four cases of Ebola in the United States. The first case being Thomas Duncan in Dallas who fell victim to the disease on October 8th and then two Dallas nurses who cared for Duncan.

Since her diagnosis, one nurse Nina Pham, “was declared virus-free. She walked out smiling and unassisted from the Maryland hospital where she had been treated,” according to Reuters.

CNN stated, “The other nurse, Amber Vinson, ‘is making good progress in her treatment for Ebola virus infection,’ Emory University Hospital physicians said in a statement with the CDC on Friday.”

Reporter Faith Karimi for CNN noted other cases of Ebola that involved US citizens and divulged that one American did die from Ebola while still in Africa traveling from Liberia to Nigeria.

Karimi also stated that, “Five other Americans have been diagnosed with Ebola in West Africa and later transferred to the U.S. for treatment. They were treated and discharged from hospitals in Atlanta and Omaha, Nebraska.”