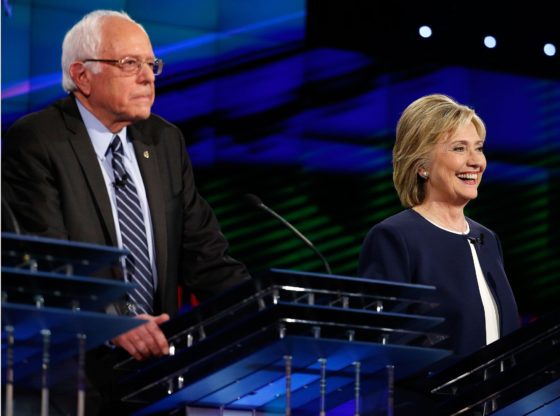 primaryPrimary season thus far has been a competition for momentum. A string of wins indicates strength to voters which, in turn, prompts additional victories. Clinton, coming off of strong showings in delegate-rich Southern states, took losses in Western states. Sanders had strong showings in states such as Wisconsin and Washington.

The New York primary, with its prize of 247 delegates, was pivotal for Clinton to win— in regard to momentum and sheer delegate count. Early polls showed Sanders down by double-digits. Sanders did not let this deter him. “Generally speaking,” Sanders explained to NBC, “polling has underestimated how we do in elections.”

Both candidates— one a New York native, one a former New York State Senator— campaigned heavily in the week prior to the election, but polling proved accurate. Clinton emerged from the race with 58 percent of the vote as compared to Sanders’ 42 percent. With 139 delegates going to Clinton, and 106 to Sanders, Clinton broadened her lead.

“The race for the democratic nomination is in the home stretch and victory is in sight,” Clinton told supporters as results came in Tuesday.

Clinton is now ahead by 741 delegates. Sanders staffers are confident that 502 of these delegates- classified as “super delegates”, typically party officials allowed to vote at the National Convention- will switch their votes if Sanders continues to show nationwide appeal.

But will he be able to? The strengths and weaknesses of each candidate have been distinct and apparent throughout the electoral process, as they were in Tuesday’s primary. Clinton took 75 percent of New York’s Black vote, and 63 percent of Hispanic votes, according to a CNN exit poll. Meanwhile, Sanders took 72 percent of voters aged 18-29 according to a poll done by The Hill.

Even with super delegates non-withstanding, Sanders will have to bridge a gap of nearly 300 delegates. This will be difficult, and polling in large states such as California— which boasts 475 delegates up for grabs— is currently favoring Clinton. Other Mid-Atlantic states, such as Pennsylvania and Maryland, also have her leading by large margins.

While the gap is theoretically still surmountable, the New York Primary made the path forward for Sanders much more difficult. His weakness among Black and Latino voters deprives him of traditional Democratic party demographic strongholds that could have helped him gain much-needed delegates. If Clinton does well in the coming weeks, pressure for Sanders to leave the race will mount, and a long primary could get a whole lot shorter.