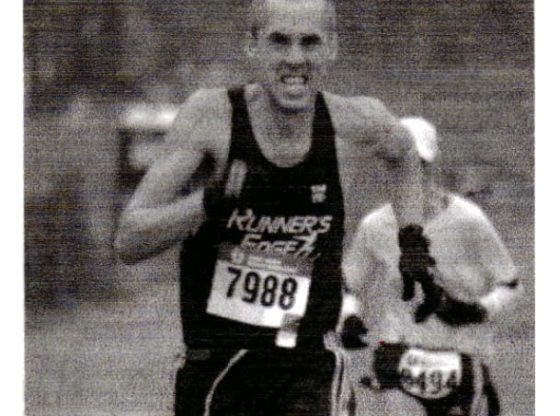 Dr. Murillo: Before I begin, I would like to express my gratitude for SFC Today, you Miss Shapiro, and the rest of your staff in giving me the opportunity to present this topic to the student body here at SFC.

The Sports Psychology topic and course came about as a result from a proposal and a syllabus that I wrote to the psychology department. Although the proposed course still is under deliberation, after full approval most likely will be given either during the fall semester in 2018 or the spring semester in 2019.

The syllabus is already in circulation, and I am working in collaboration with Dr. Kristy Biolsi who is the Chair of the Psychology department.

Z.S.: What is Sports Psychology?

Dr. Murillo: Sports and exercise psychology is the scientific study of people and their behaviors in sport and exercise activities and also the practical application of that knowledge. In addition, [the study of] sport and exercise psychology seeks to understand and help elite athletes, children, persons who are physically or mentally disabled, seniors, and the average participant in achieving maximum participation, in attaining peak performance, personal satisfaction and development through engagement.

Z.S.: How did you become involved in Sports Psychology?

Dr. Murillo: When I was in Junior High School, I joined the track team and began running cross country and track. After my high school graduation, I continued training and running in college. After college I continued training and competing, persisting up to this day where I still compete in the Master circuit level. Over the years I have been successful, in 1979 I was New York State Cross Country Champion and then qualified for the 1980 Olympic trials. The years have gone by and I have competed at the national level (third place in the steeplechase twice) as well as in competitions in Africa and Europe.

When I began graduate school, there were no such thing as Sports Psychology programs, especially on the East Coast. So I earned my doctoral level in education in the field of school psychology.

By the late 1970’s, I earned my coaching certification in Track and Field from the USATF. I also became a collegiate coach for different schools around the country. I began to apply many of the concepts and principles of sports psychology that I had studied over the years. By the 1990’s I was doing occasional consulting work for African and South American soccer and track and field teams.

Also, I was a lecturer in Sports Psychology in Mexico, Colombia, Italy and South Africa. I am using all of these years of experience, study, and application in sports psychology.

Z.S.: Have you worked with athletes or sports teams?

You have to work directly with athletes and coaches in trying to understand and overcome the intangibles that destroy athletic fulfillment. You have to with, observe, assess, and advise the athletes, the teams and the coaches.

Rather, he is seen as a teacher one who can share his knowledge of the emotional and learning that face every athlete and turn that understanding to constructing ends.

Z.S.: What exactly does the role of a sports psychologist encompass?

Dr. Murillo: Sports psychologist can help athletes overcome fears, such as fear of failure, fear of embarrassment, and general performance anxiety. The most common role for a sports psychologist is to teach (MST) mental skills training for enhanced performance. A mental game expert can help you improve confidence, focus, composure, intensity, and trust in athletic performance.

Another common role of a sports psychologist is to help athletes mentally prepare for competition and practice. Also returning to play after an injury can sometimes be difficult for many athletes depending on the nature of the injury. Athletes are often left with “mental scars” long after an injury is physically healed. A sports psychologist can help injured athletes cope better with the pressures associated with returning to a prior level of performance–pre-injury.

As part of mental preparation, the role of a sports psychologist includes helping athletes develop mental skills used during pregame or prerace routines. Another common role of a sports psychologist is to help athletes improve the quality or efficiency of their practice. Many athletes, such as collegiate athletes, have limited practice time. Coaches want to help these athletes get the most out of their practice time by understanding principles of motor learning and performance.

Z.S.: What are some of the reasons that athletes seek sports psychology?

Dr. Murillo: If I wanted to break it down, it would be as follows:

Z.S.: Do sports psychologists work or collaborate with coaches?

Dr. Murillo: It is essential and of tremendous importance for sports psychologists to work in collaboration with coaches. For example, you can assist the coaches in alerting their teams the full psychological dimensions of their games.

Also, in raising awareness how many psychological elements might affect the game of their teams. Coaches know that playing a game is obviously not just a physical experience; it is a total personal experience. They know that their players don’t leave their personality, habits, and attitudes behind when they walk into the field.

What is recognized as “physical activity” and involves the movement of muscles also incorporates emotion, and it is the emotional charge that makes sports so fascinating, exciting, and frustrating.

Sports psychologists and coaches can work together to get to know each player individually and demonstrate that they care about them. This leads to building strong relationships that involve talking and listening to all team members.

SFC students interested in the field of sports psychology should register for Dr. Murillo’s course.