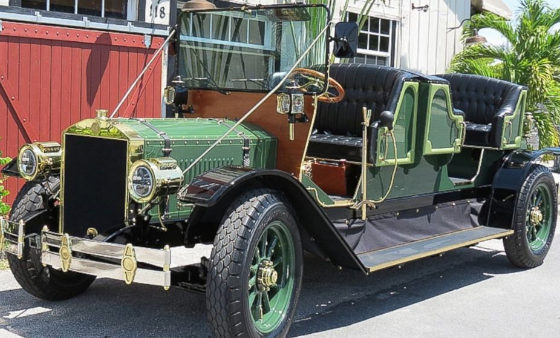 The horse-drawn carriages that have been providing rides through Central Park for more than 100 years may be replaced with horseless E-Carriages, after concerns have been raised about the safety of the animals.

E-Carriages, which run on electricity and look like antique cars, look similar to the horse-drawn carriages and travel at the same speed. They are also safer, as they are equipped with seat belts and a convertible top.

If the E-Carriages are rolled in, the horses will be adopted into homes provided by organizations such as the American Society for the Prevention of Cruelty to Animals and New Yorkers for Clean, Livable and Safe Streets (NYCLASS).

Activists say the 220 horses are a dangerous addition to the park. They are put in an unfamiliar environment and forced to drive heavy carriages for long hours every day, breathing fumes from traffic and sometimes working during harsh weather conditions. Horses are easily spooked and sudden movement, flashing lights and loud noises can cause them to run out of control.

Although there are many laws that try to protect the horses, carriage drivers often ignore them to make a profit. A carriage driver was arrested and charged for making a severely injured horse work for four days in December, according to the New York Times.

There have been more than 20 horse carriage related accidents since 2012, according to NYCLASS.

Many believe the historic significance of the horse
carriages is more important than the animal’s welfare. Actor Liam Neeson is publicly opposed to E-Carriages. He wrote in an editorial for the New York Times
this past April, stating “It has been my experience, always, that horses,much like humans, are at their happiest and healthiest when working.”

However, animal welfare activists argue that Manhattan is not a safe place for horses and Mayor Bill De Blasio is working on a bill to ban the horse carriages, which he plans on rolling out soon.

“When the legislation is presented, you’ll see it,” De Blasio said according to the New York Observer. “I think the notion is to go as far as we can go in the terms of the pathway to an ultimate ban.”

The E-Carriages are estimated to cost between $150,000 and $175,000 according to New York Magazine. De Blasio has not yet announced how they would be funded.