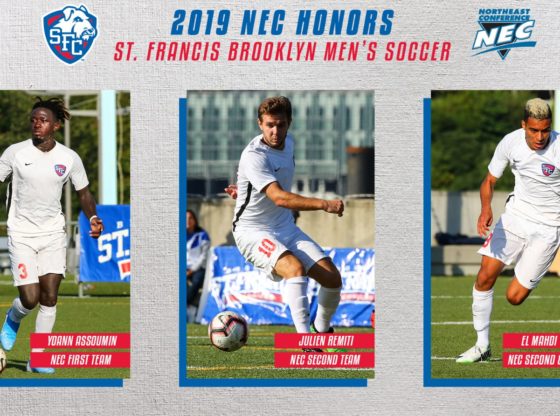 Two significant rewards for the forward from Tangier, Morocco, who went beyond every expectation at his first year as a Terrier.

Youssoufi scored six goals in fifteen games and registered a total of 13 points.

He was named NEC Player and Rookie of the Week on October 1 and, most significantly, his memorable bicycle kick goal was featured on ESPN’s SportsCenter’s Top 10.

It’s a prestigious recognition for the defender native of Marseille, France, who contributed massively to the good results obtained by the Terriers with a total of three goals (all of them off of penalty kick) and one assist over the season.

The French midfielder from Ajaccio, France registered three assists, and with a total of 1,111 minutes on the field, he was the fifth-most present player of the team this season.