MWP wins 2 of 3 games over weekend 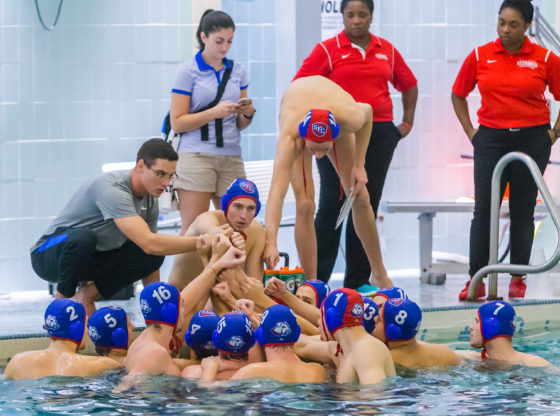 The St. Francis College (SFC) men’s water polo team picked up a pair of wins over the weekend at their home tournament in the SFC Aquatic Center.  The team hosted Brown, Harvard, and MIT.

On Saturday, the Terriers split their matches defeating Brown in the morning (12-10) and losing to Harvard at night (15-14). The team went on to defeat MIT on Sunday morning (12-9).

These two wins come following a win earlier this week against Iona in the conference season opener where the Terriers defeated the Gaels (17-7).

In their first game of the weekend and in the second game of their 2018 NEWPC slate, the Terriers took down the the Brown Bears. The majority of the teams goals came from freshman, Djorde Stanic, with 6.

Junior attackers, William Lapkin and Matheus Santos, both scored a pair of goals for the Terriers.

The Terriers dropped their second match of the day to the Crimson in a close match up that came down to the final minutes of the game.

In the Terriers final match up of the weekend they defeated the Engineers earning their third conference win of the season.

Following the weekend The Terriers are now 2-9, 3-1 NEWPC. Their next game is scheduled for Wednesday October 3 when they host Princeton in the SFC Aquatic Center at 7:30 pm.

Cookbook review
A Closer Look: Justice for All at Francis-Clare Week