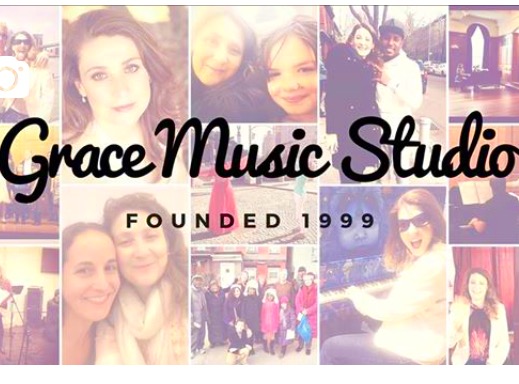 Imagine learning in a place where everyone becomes a part of the music, no matter the age or the gender — boys and girls singing nursery rhymes next to the piano, adults acting and singing their favorite songs.

The free concert will showcase a variety of music students from children to adults singing and playing pop, classical music and some original pieces.

Music teacher and vocal coach, Julia Amisano, has held these free concerts biannually in winter, and another at the beginning of the summer. This will be her 38th time hosting the event for the Park Slope community, but this time it will showcase new singer-songwriters and an original song featuring a catchy pop tune sung by an ensemble.

Students showcase what they’ve learned in private music lessons with Julia. “Professional singers have a safe space to try out new material. All singers and songwriters get performance experience.” Amisano said.

Julia has had a relationship with SFC for 5 years through Director of the career center, Naomi Kinley. Many interns have worked with her and this year one of her interns will perform with her for the first time. Upper junior, Mahalia DesRosier, her social media intern will sing the 60’s classic, “Can’t take my eyes off of you.” Her long-term voice and piano student, Dr. Lara Kossover will perform an original called “Aren’t we Amazing (The Ebola Song).”

DesRosier explained how she first sung the Lauryn Hill cover of “Can’t take my eyes off of you” with the backing track before preparing to sing the original version live. Her preparation came from studying Amisano’s DVD, Singing: Easy as 1,2,3.

“Julia’s DVD really helped me breathe stronger for singing. Since I gained substantial technique from the DVD, I was able to sing the Frankie Valli version rather than the Lauryn Hill version because the Valli version is higher and requires more power.” DesRosier said.

“Since I’m singing an acoustic version, I won’t be covered with a backing track and my vocals will be at the forefront and I really have to practice daily.”

Dr. Kossover has a dark sense of humor that comes across in her music. Contrary to the title, “The Ebola song” displays how “amazing we are as humans, the dreams and potentials within us and how our fears of nonsense keep us from living life to the fullest.”

“It’s a rally cry to stop holding ourselves back from being happy and fulfilled because you never know when your time might be up. I’ve performed it before on the piano the first time a few years ago. It got a few laughs and stuck in people’s heads. It will be interesting to play it on the Ukulele and face the audience as I sing it.” She said.

Although Dr. Kossover received great reviews after posting a practice session of her song on Facebook, her mother had other opinions.

“However, for whatever reason, people are a little sensitive. She didn’t think it was funny that I was singing about everyone dying from a disease with no cure that kills you in a matter of weeks.  I think she was the only one who didn’t like it.  I’d be curious to hear other people’s responses.” Dr. Kossover said.

Even though Amisano has held these concerts for years, Amisano explains how she still gets nervous when composing new melodies.

“I’m nervous because there’s a section where three melodies are sung out at the same time like a musical puzzle. I have never given my students such a challenge. I hope it goes well.” Amisano said.

Aside from the new arrangements, she can’t wait to see her students perform on stage. For her, it’s always been a rewarding experience.

“I feel so grateful that I get to be a part of people’s lives to help them honor and express who they truly are and watching them expand into more courage. It’s the best feeling in the world.”

The New Terriers of Brooklyn
From a Terrier, to a Star