MTA GETS ON FAST TRACK

Home /News/MTA GETS ON FAST TRACK 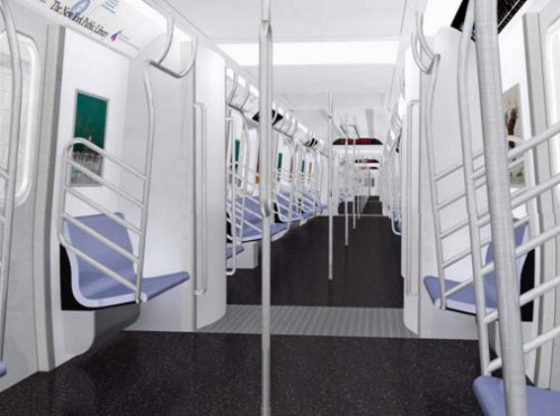 The MTA plans on rolling out new subways that will aim to boost passenger capacity and allow trains to pull out of stations faster.

The agency has released a rendering of the open gangway trains it plans to roll out as early as 2017, in which all cars will be connected so that crammed riders can move to a less congested car or stand between cars. The system’s cars are currently separated and customers can’t move between cars without risking their lives.

Three straphangers were killed trying to walk between cars in 2015, according to officials.

“The amount of time it takes a train to get to a station, passengers board, passengers exit – that process could be sped up by this design,” MTA spokesman Kevin Ortiz said on CBS Radio.

The style has been implemented on subways in Toronto, London and Paris as well as the MTA’s accordion-style buses, which have one segmented car with no doors dividing it.

The open train can increase capacity by about ten percent, transportation experts said.

They will also include amenities such as Wi-Fi, phone chargers and surveillance cameras.

The pilot program – which will consist of two full-length trains with five open gangway cars each – will cost about $52 million, the MTA said.

The subways will be built in conjunction with the MTA’s $2.7 billion purchase of the new trains that will replace the 1975 models on the A and F lines.

In order for the MTA to start the project, its pending $29 billion capital plan must be approved.