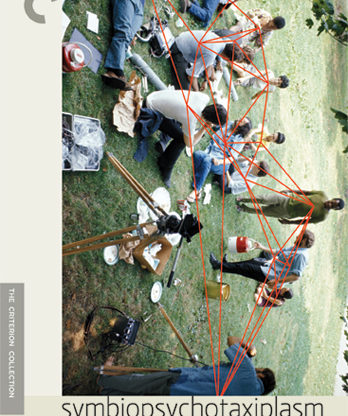 The Brooklyn Historical Society (BHS) will screen the 1968 documentary Symbiopsychotaxiplasm: Take One on Monday, February 2, as part of its new Movie Mondays program presented by actor Steve Buscemi.

The program will have a film screening and discussion on the first Monday of every month.

The film, written and directed by William Greaves, takes place mainly in Central Park and follows Greaves shooting screen tests of a scene about a breakup between a married couple. As he and his crew shot the film, they simultaneously filmed behind the scenes footage.

There is also footage of what was happening in Central Park as they were filming.

The film experiments with various filmmaking techniques including split-screen images.

It received positive reviews from critics.

“A movie that enters our film history so decisively it seems like it’s always been there,” Village Voice film critic J. Hoberman wrote.

“A lost treasure. Pre-dating much of the New American Cinema of the late sixties, TAKE ONE is a rare example of American New Wave filmmaking,” the Brooklyn Museum said in one of their programs.

The Internet Movie Database rated the film 7.3 out of 10.

Following the screening of Symbiopsychotaxiplasm: Take One, there will be a discussion with The New Yorker’s Richard Brody, as well as curator Shola Lynch from the Moving Image and Recorded Sound Division of the Schomburg Center for Research in Black Culture.

The event is free, but tickets must be reserved through the BHS website. The film will screen at 6:30 pm at the BHS building on 128 Pierrepont Street.