Movie Masterpiece: In Defense of Once Upon a Time in Hollywood

Home /Entertainment/Movie Masterpiece: In Defense of Once Upon a Time in Hollywood 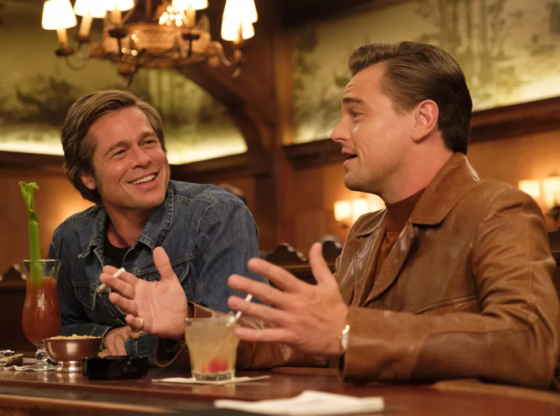 OPINION: Quentin Tarantino’s brand-new film Once Upon a Time in Hollywood, though perhaps not as iconic as Reservoir Dogs, Pulp Fiction, Inglourious Basterds or Django Unchained, is one of the better movies of the last decade.

The ninth film in the director’s stunning career may just be his greatest cinematic achievement yet.

However, the film does have its detractors, whether it be as a result of the depiction of Bruce Lee, the screen-time of Sharon Tate, or the movie’s overall runtime. As a film-goer writing to avoid any spoilers, I present the points in defense of Once Upon a Time in Hollywood.

First and foremost, Once Upon a Time in Hollywood is a fictional movie. Though drawing inspiration from real-life and featuring characterizations of actual people, the film is a fairy tale as exemplified by the first four words within its title.

Everything in the film, if not exaggerated, is a figment of Quentin Tarantino’s imagination only based loosely upon true life. The film is not a documentary nor a nonfiction piece and, as NBA legend Kareem Abdul-Jabbar put it when discussing the 2018 Academy Award-winning film Green Book, “filmmakers are history’s interpreters, not its chroniclers.”

With that being said, the Bruce Lee scene in the film is not a representation of the actual actor himself. Though many claim that Lee’s depiction is inaccurate, it should be noted that the scene he is featured most prominently in is a dream sequence.

Cliff Booth, portrayed flawlessly by Brad Pitt, fantasizes about dueling with Bruce Lee on a Hollywood movie set and the result is the scene in question within the movie. It could also be argued that any biases or embellishments within the characterization of Lee are also generated from within the mind of Pitt’s character.

As a fun fact, it should also be noted that Quentin Tarantino was actually correct in pairing Bruce Lee with Sharon Tate in a short scene within the film, as the former had trained the latter for her work in the 1968 comedy film The Wrecking Crew. Which brings me to my next point in defense of Tarantino’s depiction of Tate.

In the summer of 1969 in Hollywood (where half of the film takes place), Sharon Tate was brutally murdered by members of the cult Manson Family. When the news broke out that Tarantino’s next project would be dealing with this subject matter, many people were worried about how the director would treat such a sensitive topic.

Nevertheless, Tarantino depicted Tate in an honest and tasteful manner. The horrible nature of the real-life Manson murders is not even depicted in the film.

Margot Robbie portrays Sharon Tate beautifully, with every ounce of cheerfulness and innocence. Tate’s promising legacy remains intact with this movie and Margot Robbie’s screen-time, though somewhat brief as compared with Leonardo DiCaprio and Brad Pitt, honors her presence each second in which she is depicted.

Lastly, some groan that the movie’s nearly three-hour runtime drags the story out, and deflates the viewer. Yes, the movie could be considered long due to Tarantino’s fast-paced prior films, but the runtime is perfect as it remains.

The somewhat slow pacing of the film’s first act is all a tension-seeking tool used by Tarantino. By the film’s second hour, you are basically on the edge of your seat knowing that the suspense is building towards that fateful August night.

The acting of Leonardo DiCaprio, Brad Pitt, and Margot Robbie are highlighted in the film. These characterizations largely progress the film, instead of tasteless violence.

Tarantino’s grand filmmaking style has arguably reached its peak because it seems as if the director has matured right before our eyes with this movie masterpiece. Having seen this movie three times within the first month it was released, I can easily say it’s now one of my favorite films of all time.

I expect to see DiCaprio, Pitt, and Tarantino himself at least being nominated for Oscars next year because of their work on this film. Regardless of hardware and popularity, other viewpoints on films should always be at least respected, such as Tarantino’s outlook within Once Upon a Time in Hollywood and the audience’s reaction to the film itself.