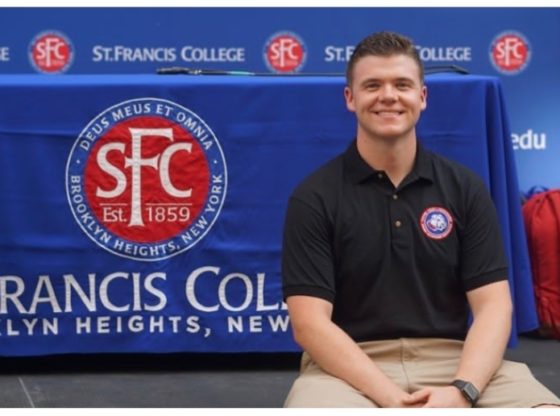 Michael Conlon, the well-known MC for the Terriers home basketball games, was announced as the new president of the Student Government Association (SGA) on Friday, May 1. With three candidates competing in the presidential race, Conlon emerged winner at the end of a two-day voting period.

Conlon, a junior, majoring in Economics with a concentration in Public Policy and minoring in Political Science, has been involved in SGA since his freshman year. He has served as a senator and speaker of the house, and now, he will serve as president for the 2020-2021 school year.

“It’s such an honor to be elected as SGA’s president,” Conlon said. “I’m so ecstatic, I’m really excited to be the leader of the students and to be able to make a difference”

Compared to previous years, this year’s election process was slightly different as everything was done online. In times past, each candidate was responsible for filling out a packet given by the SGA, getting 250 signatures from the student population, making a platform, and creating an election campaign.

This year, however, in light of the spread of COVID-19, some aspects of the process were omitted while others were completed online in which candidates were forced to find ways to engage the student population virtually. “It was a little bit different, but we were able to make it work,” Conlon said.

Current SGA president, Kledi Kroda, has worked with all three candidates and commends them for all they have done for St. Francis College. He admitted that it was tough, knowing in the end only one candidate will be chosen.

However, Kroda believes that Conlon would do a tremendous job as president and said, “I would like to congratulate Michael on a well-run campaign. Continue to serve the students and work hard for everyone’s voice to be heard.”

Conlon, whose love for St. Francis College is no secret, stands as an advocate for students and wants them to know that he is there, and that the SGA is open to hearing them out. “We need to make students feel that the college is still there for them, that we care about them and that we’re not just behind the screen,” Conlon said.

He intends to deliver on his campaign promises and is excited to hit the ground running with the executives and senators of the SGA. Serving with Conlon will be Isa Khan as Vice President, Amanda Alexandre as Speaker of SACOR, and Domenico Pugliese as Treasurer.

Robert Oliva ’04, the Director of Recruitment and a former president of the SGA, advises Conlon and all those elected, to be inspired by the work of those who walked this path prior. According to the famous Edmund Burke, “Those who don’t know history are destined to repeat it.”

Oliva encourages them to be knowledgeable of and navigate the political landscape like Ron Castorina ’01, to be all-inclusive and celebrate the rich diversity of St. Francis College like Hakim Williams ’02, and to be compassionate and embrace the Franciscan spirit ever present on campus like Alicia Pantaleon ’03.

He also urged that they be passionate and care for the well-being of all students like Michael Phillips’08. “They are all going to do great for the students of St. Francis College as long as they work #sfctogether,” Oliva said.

Conlon intends to deliver on campaign promises. His promises were to increase student involvement and engagement with clubs and organizations on campus, start conversations about getting metro cards for students as well as to provide easier access to SFC apparel.

“I want the best for St. Francis College,” Conlon said. “I want to be an advocate for students to voice their concerns, to bridge the gap between administration and students.”

In the unprecedented times we live in, not knowing when things would return to a sense of normalcy, Conlon acknowledges the fact that it would be hard to replace face to face interactions but is determined to stay connected, increase student engagement, and give students the best experience moving forward.

“I want everyone to hold their heads high and be excited. We don’t know the path ahead of us, but if we can light the way and make the best of what we got, that’s what I’m here for. We got to enjoy what we have and hope for the best,” Conlon said

St. Francis College Moves Online in Light of COVID-19 Outbreak
Influencers in Communication: Monique Pryor speaks about her experience on season 16 of the Amazing Race