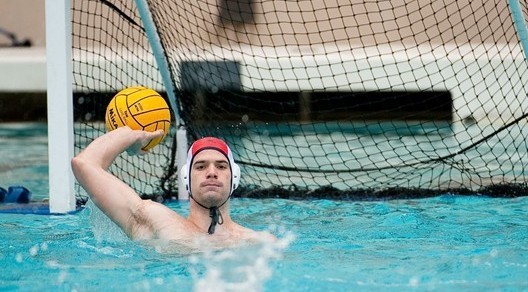 In the first quarter, Vuk Vujosevic put the Terriers on the scoreboard with 5:23 left on the clock but his point was quickly matched by the Iona Gaels with 4:55 left in the game.

At 1-1, this is the only time Iona was tied with the Terriers.

Iona broke through the terrier’s defense in the opening minutes of the second quarter, and with 6:22 left on the clock, put the Gaels to a one point deficit at 4-3. This is the closest Iona got to tying with the Terriers for the rest of the match.

In the second quarter the Terriers had a four point run curtosey of Vujosevic, Cole Hamre, Andras Kovacs and Balint Toth.

At the half the Terriers were up 8-3 against Iona College.

The Terriers went into the third quarter with a solid lead, and kept that lead through the final half of the game.

Iona was on the attack during the third quarter and added three points to their scoreline.

But the Terriers were also gathering points for the team and the third quarter ended 12-6.

In the fourth quarter only three points were scored and two came from the Terriers thanks to Vujosevic and David Lonnberg, giving St. Francis the win over Iona at 14-7.

You can see the Terriers take on Fordham University Thursday, Oct. 31 at 7:30 p.m. in the St. Francis Aquatic Center for Senior Night.