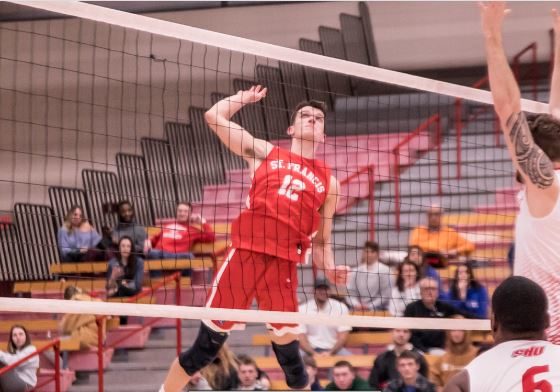 Sunday afternoon in three sets to one, the St. Francis Brooklyn Men’s Volleyball Team (2-3) fell to Harvard (5-2, 1-0) in Cambridge.

It was clear that Harvard had no intentions of losing as they took the first set by a two-point lead, followed by the second set by a seven-point lead. The Terriers however were not giving up without a fight as they stuck back claiming the third set.

Freshman middle blocker Ethan Smith finished with 10.5 points, 10 kills, one assist, one block, and one dig.

The Terriers will be back in action on Saturday, February 8, as they take on the Saint Francis (PA) Red Flash at Loretto, Pennsylvania. Game starts at 7 p.m.