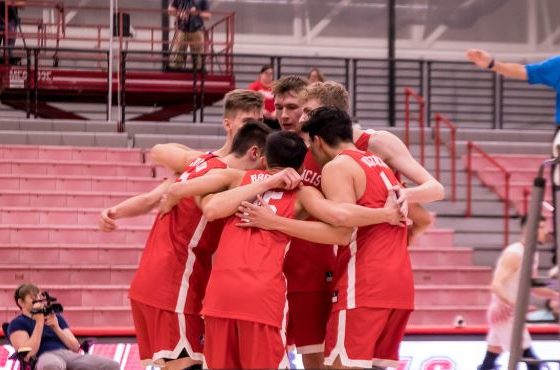 In the third set, SHU continued with the same momentum expressed in the first two sets as they started on a 16-9 run.  The Terriers on an 8-2 run would bring the score to 15-17 in an attempt to come back. However SHU would go on to take the set 21-25 to record their first win of the 2020 season.

Senior outside hitter Calin Butler led his team with 11.5 points. He also finished with six digs and eight kills.

Freshman libero Tyler Kwinta finished with 11 assists and one dig. His teammate senior outside hitter Connor Mahony finished with a total of nine points, four digs, and nine kills.

For the Terriers, freshman outside hitter Bartlomiej Zielinski led his team with a high of 10.5 points, six digs, and 10 kills.

The Terriers will be back in action on Saturday, January 18, as they host Baruch in their home opener at the Genovesi Center, Brooklyn Heights, NY. Game starts at 12 p.m.