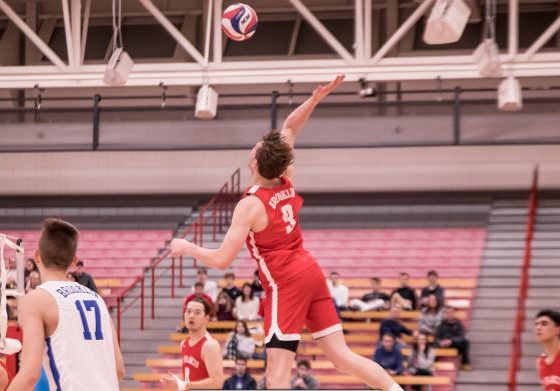 Inside the NJIT Wellness and Evets Center, the St. Francis Brooklyn Men’s Volleyball Team (2-2) were defeated by the NJIT Highlanders (5-2) in three straight sets.

Sophomore outside hitter Jes Feldthus led his team with 11.5 points. He finished with 10 kills, four digs, and one ace.

The Terriers will be back on the court on Sunday, February 2, at Cambridge Massachusetts as they face off against Harvard. Game starts at 4 p.m.