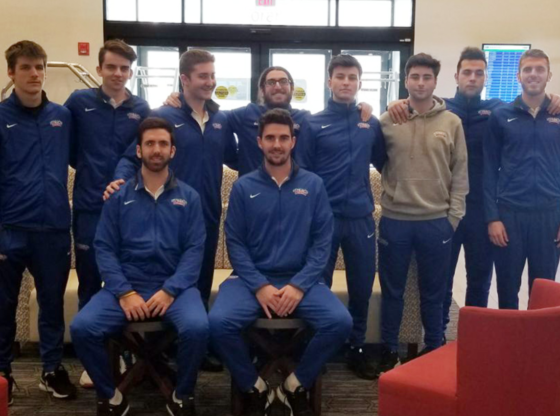 St. Francis College Brooklyn men’s tennis team is looking forward to this weekend’s home matchups against St Peter’s University on Saturday and Lafayette College on Sunday — both at McCarren Park in Williamsburg.

The team is looking for its first win this month as they have dropped games to Boston College, Boston University, St Joseph’s University and Bryant University.

This past Friday they took on Bryant University, a tough matchup for the team as it dropped each of the seven games in a 0-7 loss.

“Overall the guys are starting to find different ways to get better,” said coach Chad Davis.

‘I was proud of the way the guys played and they were able to see what it’s going to take to win.”

After this weekend, the team has eight matches left before the Northeast Conference Championships on April 20th.