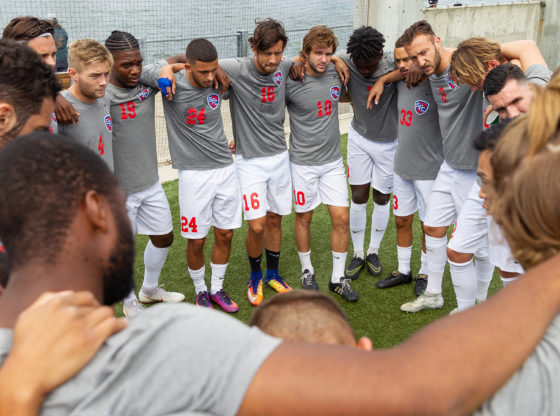 Over this past weekend, the Terriers Men’s Soccer team failed to qualify for the 2018 NEC playoffs.

The Terriers played their final game on Sunday with a 4-0 win over Mount St. Mary’s on Senior day.

Unfortunately, the win wasn’t enough for them to clinch a playoff spot and marks the first time in nearly 6 years that the team did not make it.

In yesterday’s win, Senior Midfielder Anthony Gimenes scored the first goal of the game (35’) with an assist from Sophomore Defender Ridwan Hannan.

The Terriers continued to put on a show as Freshman Forward Arben Lekpervic scored the final goal in the game (82’) to secure the victory.

The Terries finished the season with an overall record of 7-10 and a conference record of 4-4.

With the 2018 season wrapped up, the Men’s Soccer team looks to bounce back next season and hope to be back into the playoff picture.