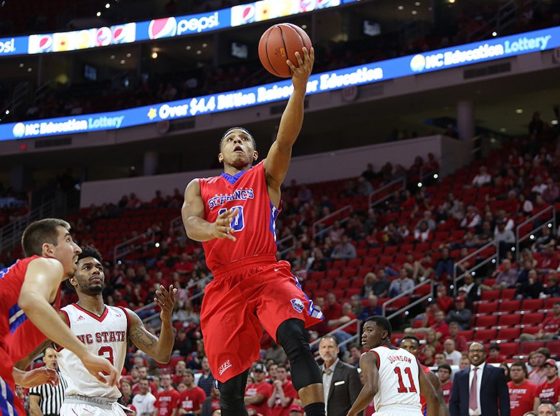 The St. Francis Brooklyn Terriers men’s basketball team (0-1) will take on the (1-0) Virginia Cavaliers on the road Tuesday night, a team that faced the top-seeded Syracuse Orange in the NCAA Tournament last season.

The Terriers started the season Sunday by visiting the North Carolina State Wolfpack. Redshirt sophomore Glenn Sanabria, senior guard Yunus Hopkinson and freshman guard Rasheem Dunn fought hard for points, but the men could not keep up with the home team.

Sanabria recorded a game-high 14 points in his return to the court after suffering an injury last year. Hopkinson added another 13 points and Dunn scored 12 in the first game of his collegiate career.

Wolfpack’s Torin Dorn recorded 21 points, while his teammate Ted Kapita contributed 17, resulting in an 86-61 victory over the Terriers.

The Terriers’ next opponent opened their season Sunday with a 76-51 defeat over the UNC Greensboro Spartans.

The Terriers and Cavaliers will tip of in the University’s of Virginia’s John Paul Jones Arena at 7 pm.