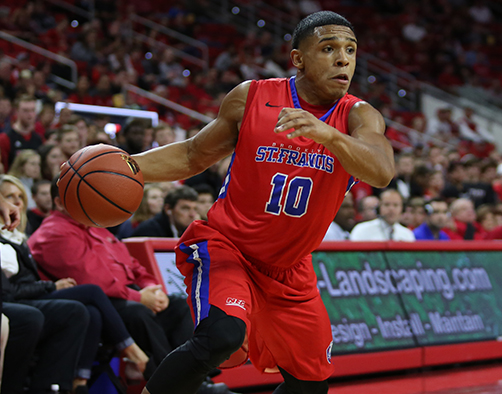 After back and forth leading and close scoring – with a maximum 10-point lead – during the first half, the Terriers led 45-42 at halftime.

After they were down by eight points with 1:36 left until the half, Sanabria, freshman forward Robert Montgomery and sophomore forward Keon Williams added some quick points that put the Terriers in the lead before the buzzer.

Scoring between the two teams stayed close for most of the second half, but the Terriers were later able to take as much as a 14-point lead. Savannah State’s offense managed to add significant points as the buzzer approached, but not enough to catch up to the quickly scoring Terriers.

Sanabria shot 8-for-13 from the field, 5-for-9 from behind the arc and 7-for-7 from the free throw line en route to his career-high scoring. The sophomore also recorded four assists, three rebounds and three steals.

Freshman guard Rasheem Dunn had the biggest game of his career so far – recording a career-high 20 points in addition to four rebounds and two steals.

The Terriers will stay in Destin, Florida tomorrow for part two of the Emerald Coast Classic. They will tip off with Texas Rio Grande Valley at 1:30.