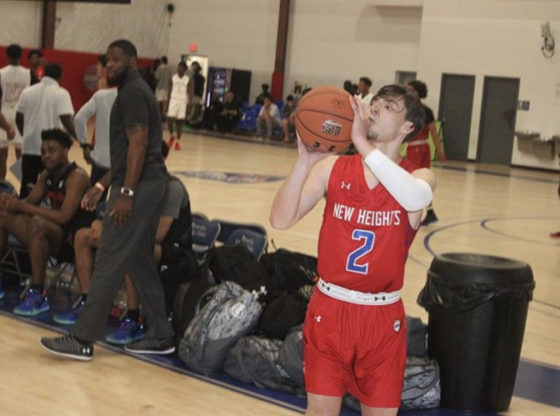 It was announced today that the St. Francis College men’s basketball team has signed their newest member for the 2019-20 season. Rob Higgins is a 6-1 combo guard who hails from Middletown, NJ where he played four years of varsity basketball at Middletown North High School.

This new signing shortly follows the announcement of Terriers’ star Jalen Jordan transferring to Middle Tennessee State University. With the loss of last seasons’ leading scorer, Jalen Jordan, Higgins has the capability of filling in that newly emptied role.

Higgins is known as one of the most prolific scorers in the history of the Shore Conference. He concluded his high school career with 2,278 career points, which is set to be the third-most of all-time in league history.

Higgins also had his best performance this past season as he tallied up 40 points in a game against Colts Neck High School.

Known for his skills at both guard positions, Higgins was compared to Glenn Sanabria by Terriers head coach Glenn Braica. With the absence of Sanabria next season, Higgins really needs to step up.

“We’re excited to add Rob to our program, and we feel that he is a good combo guard similar to Glenn Sanabria early in his career,” said mens basketball head coach Glenn Braica. “Rob can really score the basketball and is going to be a very good defender.”

After he wrapped up his career at Middletown North High School in February, Higgins gained recognition for his talents as he was announced as the B North Player of the Year and was chosen to the Shore Conference First Team, Asbury Park Press All-Shore First Team, NJHoops.com 11th Team All-State, All-State Group 3, and All-Shooter Third Team.

Higgins is the second player to sign with the Terriers for the 2019-20 season as fellow signee, Trey Quartlebaum, signed with St. Francis College back in November.