Men on a Mission Records Their First Win (1-1)

Home /News, Sports/Men on a Mission Records Their First Win (1-1) 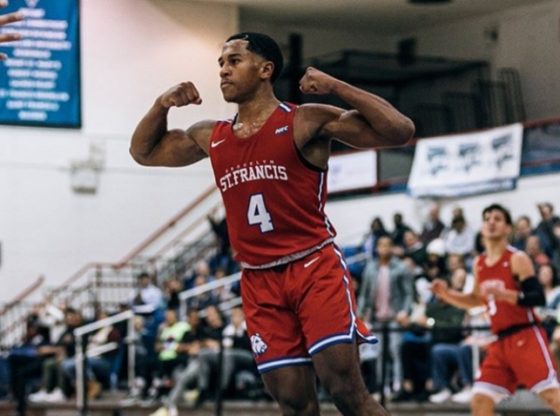 After losing their opening game against Fordham of Atlantic 10 on Tuesday, the St. Francis College Men’s Basketball team recorded their first victory for the season in their home opener at the Pope Physical Education Center earlier this evening where they defeated Lafayette of the Patriot League 73-72.

The Terriers started with a 14-5 run taking the lead throughout the first half. However, with one minute and 18 seconds left, E.J Stephens and Lukas Jarrett of the Leopards equalized and went on to take a five-point lead at end the first half, 32-37.

Within the first five minutes of the second half, the Terriers caught up to the Leopards with consecutive baskets. They then went on 17-4 run to secure their win. However, it wasn’t smooth sailing for the Terriers as the leopards then went 16-4 run bringing them 1 point short of equalizing.

Top performers for the Leopards were Justin Jaworski, E.J. Stephens, and Myles Cherry. Justin played 34 minutes and contributed 19 points. His teammate E.J. Stephens played for 29 minutes in which he also recorded 19 points, landed seven out of eight shots at the free-throw line and assisted in four baskets. Myles tallied 14 points, grabbed 12 rebounds, and landed three out of four shots at the free-throw line in his 29 minutes on the court.

For the Terriers, Chauncey Hawkins, Deniz Celen and Unique McLean were the top performers. Hawkins led his team with 24 points in his 34 minutes on the court. He also grabbed three rebounds and landed a perfect 10 shots at the free-throw line. Celen played for 26 minutes in which he tallied 16 points, grabbed five rebounds and landed two out of two shots at the free-throw line.

The Terriers (1-1) will be back on the court Thursday, November 15, at 6 p.m. as they face off against Longwood of the Big South at Farmville, VA.